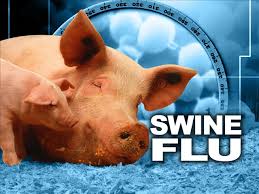 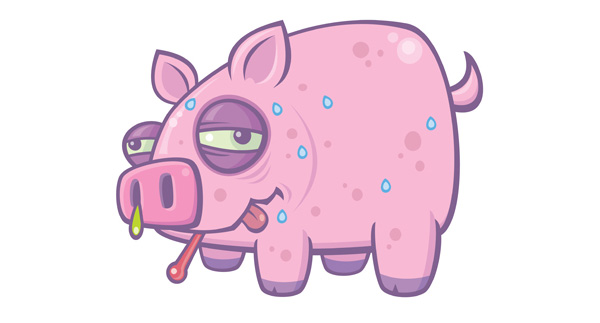 Federal health officials have confirmed six cases of human swine influenza in British Columbia and Nova Scotia and are warning more cases are likely in the near future as medical personnel around the world test for the virus linked to a serious outbreak in Mexico.

Federal Health Minister Leona Aglukkaq said at a news conference in Ottawa on Sunday that two people from B.C. and four from Nova Scotia had “relatively mild” symptoms of H1N1 swine flu and have since recovered.

“But these cases are likely not the last we’ll see in Canada,” she said.

Aglukkaq urged Canadians to take precautions to prevent the human-to-human transmission of this strain of swine flu by washing their hands with hot water and soap, covering up their mouth and nose when sneezing, and staying home and contacting their family physicians if ill, particularly those who recently visited Mexico and have flu-like symptoms.

Health officials also advised Canadians to get flu shots as well as visitwww.fightflu.ca and www.voyage.gc.ca for more information.

Aglukkaq said she is in regular contact with her provincial counterparts as well as the World Health Organization, and has ordered the Public Health Agency of Canada to alert border authorities, quarantine officers and other officials.

David Butler-Jones, the chief public health officer of the Public Health Agency of Canada, said that just because Canada has only seen mild cases of this type of flu doesn’t mean it won’t see either more severe cases or potential deaths.

“There’s many reasons to treat this seriously, but not one should lull themselves into thinking everything’s just fine because it’s a relatively mild disease,” he said.

“To have our first confirmed cases is of course troubling. However, as the minister has said, we needed to be ready for this and we are,” he added.

The agency is talking with drug manufacturers about a vaccine for this swine flu and is preparing information sheets that will be available at airports this week for people travelling to and from Mexico, Butler-Jones said.

To provide some perspective on this particular flu virus, health officials said that flu viruses in general kill about 4,000 people a year in the country.

4 in Nova Scotia are students

Strang said the four are between the ages of 12 and 18 and all attend King’s-Edgehill School in Windsor, N.S. However, only one of those students had been on a recent school trip to Mexico’s Yucatan Peninsula, headmaster Joe Seagram later told reporters.

“I am very pleased to report that all four of those students are feeling very well and much better,” Seagram said. “In fact all of the students who have been sick over the last few days are recovering nicely or have recovered completely.”

Seagram said the private school has a separate medical facility and students who are ill with the flu will be asked to go into isolation for seven days. Classes will continue as usual, but for now community activities on campus, as well as off-campus sports and field trips, will be curtailed, he said.

The centre’s Dr. Danuta Skowronski said these are two separate and mild cases, both involving young men from the Lower Mainland.

In the United States, health officials declared a public health emergency on Sunday as they confirmed 20 cases of swine flu in the country and said they expected to see more as scientists probe the outbreak. The declaration was a “standard operating procedure” that allows the federal and state governments to provide for easier access to flu tests and medications, Homeland Security Secretary Janet Napolitano said.

More than 100 students at the private high school have been suffering from fever, sore throat and muscle ache since Thursday. The mayor stressed that their symptoms of influenza were mild.

Some of the students had recently travelled to Mexico, the New York Times and New York Post reported.

There have been 12 confirmed cases elsewhere in the United States this month: seven in California, two in Kansas, two in Texas and one in Ohio.

All of these infections have been relatively mild, with only one person staying in hospital for a brief time, said Dr. Keiji Fukuda, the World Health Organization’s director-general for health security and environment.

President Felipe Calderon on Saturday invoked special powers that authorize his government to run tests on sick people and order them isolated, a day after all public events in Mexico City were ordered suspended until further notice.

The World Bank said Sunday it will give Mexico an immediate loan of $25 million US and $180 million in long-term assistance to address the outbreak, along with advice on how other nations have dealt with similar crises.

In Mexico City, church services were cancelled on Sunday. Mass at the Metropolitan Cathedral was broadcast over the radio.

The latest measures come one day after experts advising the WHO on the outbreak met at its headquarters in Geneva. The UN health agency declared the epidemic “a public health emergency of international concern.”

The panel will convene on Tuesday to advise the WHO whether to raise the global pandemic alert level. The current alert level is three on a scale of one (low risk of human cases) to six (efficient, sustained transmission between humans).

New Zealand Health Minister Tony Ryall confirmed on Sunday a group of Auckland college students who returned from a three-week visit to Mexico on Saturday “likely” have swine flu.

“Ten of the 13 students who had flu-like symptoms have proven positive for influenza A and the swine flu is a subset of influenza A,” he said. “So we’re going to send the swabs to Melbourne for further analysis. We should have that information in a matter of days, but our officials here think it’s highly likely they have.”

French Health Ministry officials said four possible cases of swine flu are under investigation, including a family of three in the Nord region and a woman in the Paris region. The four recently returned from Mexico.

Spain’s Health Ministry said three people who just returned from Mexico were under observation in hospitals in the northern Basque region, in southeastern Albacete and the Mediterranean port city of Valencia.

‘The makings of a pandemic’

Dr. Donald Low, the chief microbiologist at Mount Sinai Hospital in Toronto who played a key role in battling the SARS crisis in 2003, said earlier that it was probably just a matter of time before cases appeared in Canada.

“Considering that we see about 600,000 people travel from Mexico to Canada each year and that we’ve just come through the March break period, it wouldn’t be surprising at all for us to recognize cases in Canada, and we’re preparing for that, as we have been preparing for a pandemic in the last five years,” he told CBC News.

“All it needs to complete that equation is the recognition that it’s spreading over a wide geographical area. And I think that’s what we’re hearing this weekend, that it’s actually happening,” he said.