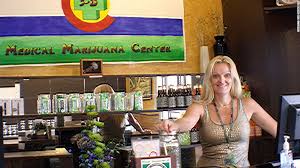 THIS IS THE SAME BULLSHIT THAT IS CREEPING UP IN RHODE ISLAND……..PATIENTS AND CAREGIVERS NEED TO WORK TOGETHER AND SPEAK OUT TO AVOID THIS AT HOME.  DON’T WASTE TIME WAITING FOR OTHERS TO ACT….THE POWER IS YOURS.  DISPENSARIES ARE A NICE CONCEPT, BUT THEY CANNOT SERVICE THE NEEDS OF ALL PATIENTS.  -UA 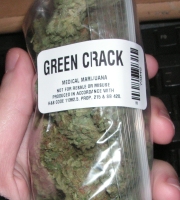 (Host) The state Senate has advanced a bill that allows patients to buy medical marijuana at local dispensaries rather than having to grow their own.

The bill says the dispensaries would operate under the supervision of the state. Only people who have a doctor’s written permission could buy the pot.

But Franklin Republican Randy Brock questioned why the state would sanction the sale of marijuana when it is still illegal under federal law.

(Brock) “And with this dispensary bill in addition to requiring our state’s primary law enforcement agency to support misdemeanor illegal activity, on the federal level by having dispensaries of this type we now involve them in regulating and overseeing what essentially is a felony under federal law.”

(Host) Vermont already has a law on the books that says people can register to use medical marijuana. But the law says they have to grow it themselves indoors, or have a designated caregiver do it for them. Advocates say that’s impractical for many patients, and forces some to buy marijuana on the black market.

Chittenden Senator Philip Baruth said that as a college student he was asked by his mother to procure the drug for an aunt who was suffering from terminal cancer.

He said it meant risking arrest and the loss of his college scholarship. Baruth said Vermont’s current law puts patients in a similar bind.

(Baruth) “For us to say we have sanctioned medical marijuana but we will not provide legal access to that drug strikes me as not only potentially painful for families that are involved in these things but also surreal.”

(Host) The Senate advanced the bill on a 25-4 vote. It comes up for final approval today, but faces a tougher road in the House where some legislative leaders say they may not have time to consider it.