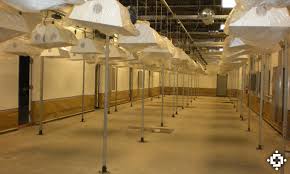 Don’t bogart that megawatt, my friend. 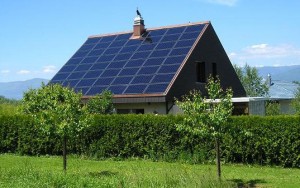 The electricity use of the typical grow operation approaches 200 watts per square foot, on par with the power usage of a modern computer data center, Evan Mills, a staff scientist at Lawrence Berkeley National Laboratory and author of the study, said in a statement. (The study was completed in his free time and without federal funds, Dr. Mills added.)

Marijuana is considered the nation’s largest cash crop, with a production value estimated at about $40 billion annually. Legal restrictions have been steadily relaxed in recent years, with cultivation for medical purposes legal in 17 states.

Yet a continuing federal prohibition on virtually all forms of pot-growing has kept the industry in the shadows, contributing to substantial inefficiencies, Dr. Mills said.

“If improved practices applicable to commercial agricultural greenhouses are any indication, such large amounts of energy are not required for indoor cannabis production,” he wrote. “Cost-effective efficiency improvements of 75 percent are conceivable.”

Such energy savings could be substantial. In California, where about 400,000 people are licensed to grow marijuana for personal medical use or to sell to dispensaries, indoor cultivation is responsible for a whopping 8 percent of household electricity usage, costing about $3 billion yearly and producing the annual carbon emission of a million average cars.

However, Dr. Mills also noted that California’s cleaner mix of fuels for power generation meant that the state, despite its position as the country’s top marijuana producer, contributed only about 20 percent of national carbon dioxide emissions from the practice.

ALLOW OUR MOVEMENT AND THE TECHNOLOGY WILL FOLLOW US NOT THE OTHER WAY AROUND! ASK A GROWER, SEE IF THEY WOULD GROW IN THEIR BACKYARDS IF THEY COULD…….ELECTRIC BILLS, BALLASTS, AIR CONDITIONERS, FANS, BULBS/HOODS, THE EXPENSES GO ON AND ON…….ALLOW OUTDOOR GROWS AND I PROMISE THE ELECTRIC CONSUMPTION WILL SUBSIDE………ITS JUST COMMON SENSE. -UA