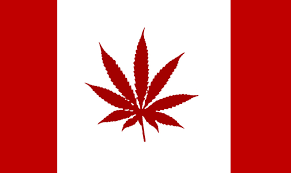 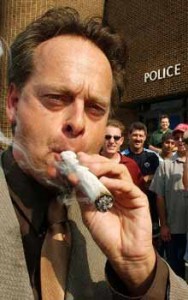 TORONTO — Ontario is one step closer to the legalization of marijuana after the Ontario Superior Court struck down two key parts of the Controlled Drugs and Substances Act that prohibit the possession and production of pot.

The court declared the rules that govern medical marijuana access and the prohibitions laid out in Sections 4 and 7 of the act “constitutionally invalid and of no force and effect” on Monday, effectively paving the way for legalization.

If the government does not respond within 90 days with a successful delay or re-regulation of marijuana, the drug will be legal to possess and produce in Ontario, where the decision is binding.

The ruling stemmed from the constitutional challenge of Matthew Mernagh, a man who relies on medical marijuana to ease pain brought on by fibromyalgia, scoliosis, seizures and depression.

The Ontario Court of Appeal had previously recognized that to deprive someone with a serious illness of medical marijuana if it relieves their pain is a violation of the Canadian Charter of Rights and Freedoms. As a result of that, the federal government created the Marijuana Medical Access Regulations to let people legally get, possess and grow marijuana if they have a licence supported by a medical doctor.

Health Canada’s medical marijuana program regulates and approves which growers patients can buy from and how much they’re legally allowed to use for their treatment.

However, Justice Donald Taliano wrote in his decision on Monday that Mernagh — a well-known marijuana advocate who has been charged for possession and production of marijuana numerous times — has been unable to get a doctor to sign off on a medical marijuana licence.

“Doctors often have a great deal of difficulty with this and have in many cases blatantly outright refused to sign these forms,” said Jacob Hunter, the policy director for the Vancouver-based Beyond Prohibition Foundation, which fights for the legalization of marijuana.

Mernagh’s criminal charge is permanently stayed, Taliano wrote in his ruling, and he is granted a “personal exemption” to buy or produce marijuana during the 90 days given to the government in order to submit its challenge.

The decision is a huge win for legalization supporters and for medical marijuana patients.

“I think it represents a dramatic step forward for critically and chronically ill Canadians,” B.C. lawyer and foundation executive director Kirk Tousaw said Tuesday night. “It is undoubtedly going to progress through the court system . . . but it’s gratifying to see a court has accepted what so many thousand medical marijuana patients have been saying for years — that it’s incredibly difficult if not impossible to access medical marijuana.”

He compared the case to that of Henry Morgentaler, the abortion doctor and advocate whose constitutional win eventually led to the widespread legalization of abortion, one that “became legal without any real regulatory scheme surrounding it,” Tousaw said.

Anti-drug action groups and others against the legalization of marijuana have said legalizing marijuana could lead to widespread use and increase crime rates.

Tousaw said that if unchallenged, the Ontario ruling could have a ripple effect across Canada. “I would argue that if marijuana is legal in Ontario, you can’t realistically have it illegal in the rest of the country.”