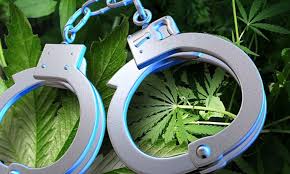 “In this case it was clear you didn’t intend to break the law, which is in a state of flux as we speak,” Spokane County Superior Court Judge Tari Eitzen said during this afternoon’s sentencing hearing. “But the jury found you guilty. That’s what I’m stuck with.”

Eitzen imposed the least-possible jail term under the state’s standard sentencing guidelines, which is six months given Shupe’s criminal history, but then delayed the punishment if Shupe appeals, and comes up with a $5,000 bond. He also was ordered to avoid selling drugs to anyone.

“I think it’s funny that he may be the only person convicted for a dispensary, which may be legal in a week,” said defense attorney Frank Cikutovich, referring to efforts in Olympia to clarify the state’s voter-approved medical marijuana law. “I think it was a complete waste of resources as far as the county is concerned.”

Shupe had argued during last month’s trial that the state’s medical marijuana law enables dispensaries to supply doctor-approved marijuana patients, provided they serve just one patient at a time.

Prosecutors disputed that interpretation, arguing that the medical marijuana law, approved overwhelmingly by voters in 1998, makes no provisions for commercial dispensaries. Jurors agreed with the prosecution.

The case was watched closely by authorities and dispensary operators alike, with both sides hoping that the jury would provide guidance for what many argue is a confusing state law.

Outside the courthouse, about two dozen marijuana advocates spent the afternoon protesting Spokane’s crackdown on medical pot dispensaries. Shupe — who has a doctor-issued medical marijuana card — joined them and smoked some marijuana before heading to court.

Shupe, who has a previous felony conviction for growing marijuana at his home in 2006, said he hopes to avoid prison time. He still faces felony drug charges in Oregon related to a 2009 arrest.

Shupe credits what he calls the “military industrial complex” for keeping marijuana illegal, saying military officials are afraid no one will fight wars if marijuana is legal.

He said he has no plans to close his dispensary but has been ordered out of his rental property on Freya Street after his landlord was warned by federal authorities about possible prosecution.

He said he’ll find a new building or will become a mobile dispensary.

Meanwhile, in Olympia, state lawmakers are attempting to provide greater clarity in the voter-approved medical marijuana law. A proposal to regulate pot farms and medical marijuana dispensaries has cleared each legislative chamber but backers are still trying to iron out minor differences in each version.

Without the legislative guidance, communities have taken different approaches to enforcement. Seattle-area police and prosecutors, for example, have made enforcement of medical marijuana their lowest priority and have let dispensaries operate openly without interference.