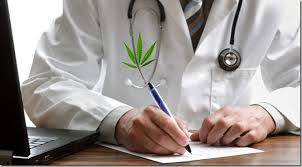 A prominent medical-marijuana doctor whose license was suspended earlier this year has had the suspension lifted, at least for now.

Paul Bregman is back to having an active, unrestricted license after an inquiry panel of the Colorado Medical Board on Monday reversed its earlier action, according to a state filing. In its order undoing the suspension, the panel wrote that Bregman “complied with several terms and conditions” to get his license back. The order does not specify what those requirements were. Bregman’s attorney, Sheila Meer, declined to provide details.

Chris Lines, a spokesman for the Colorado Department of Regulatory Agencies, wrote in an e-mail that the case remains open and a final disposition has yet to be reached.

Bregman’s license was suspended in February, with the inquiry panel writing that he had an unspecified condition that harmed his ability to serve patients.

Bregman is one of the state’s most prominent medical-marijuana doctors. He also is a member of a state Revenue Department advisory panel that helps craft regulations for the medical-marijuana industry. John Ingold, The Denver Post