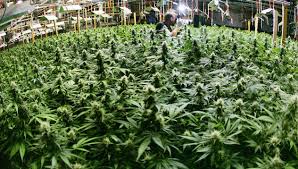 On Thursday the Delaware Senate passed a medical marijuana bill by a 18 to 3 vote.

The legislation is based on a model from the Marijuana Policy Project, meaning it’s a solid bill.

It would make medical cannabis legal for certain medical conditions, and allow patients to posses up to six ounces of medicine.

Conditions that would make a patient eligible for marijuana use include cancer, Lou Gehrig’s disease, multiple sclerosis, glaucoma and post-traumatic stress disorder.

Compassion. Such a noble concept, but made out to be such a controversial issue. There should be nothing controversial about medical cannabis. If someone with MS needs to smoke a joint to relieve their pain, who has the right to deny them that option?

Nobody. The answer is nobody.