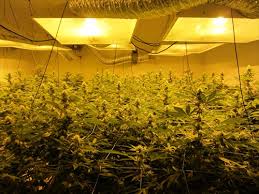 Last week, The American Independent was first to report that the National Cancer Institute (NCI) had added a section on medical marijuana to its treatment database, making it the first federal agency to formally recognize marijuana’s medicinal properties. Now, NCI has altered the page, removing any mention of the evidence that marijuana can diminish and even reverse tumor growth.

In an edit that appeared Monday afternoon, NCI replaced a sentence about marijuana’s direct anti-tumor effect with one stating that it is prescribed mainly to battle nausea, pain and insomnia among cancer patients. The original passage, which was published on March 17, read:

The potential benefits of medicinal Cannabis for people living with cancer include antiemetic effects, appetite stimulation, pain relief, and improved sleep. In the practice of integrative oncology, the health care provider may recommend medicinal Cannabis not only for symptom management but also for its possible direct antitumor effect.

The potential benefits of medicinal Cannabis for people living with cancer include antiemetic effects, appetite stimulation, pain relief, and improved sleep. Though no relevant surveys of practice patterns exist, it appears that physicians caring for cancer patients who prescribe medicinal Cannabis predominantly do so for symptom management.

In its overview of the drug, NCI still acknowledges the following:

The American Independent is awaiting reply from NCI on the reasons for the change. An image of the page as it appeared prior to Monday’s edit can be seen here.