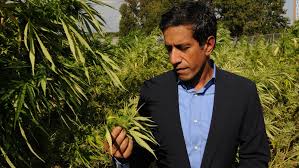 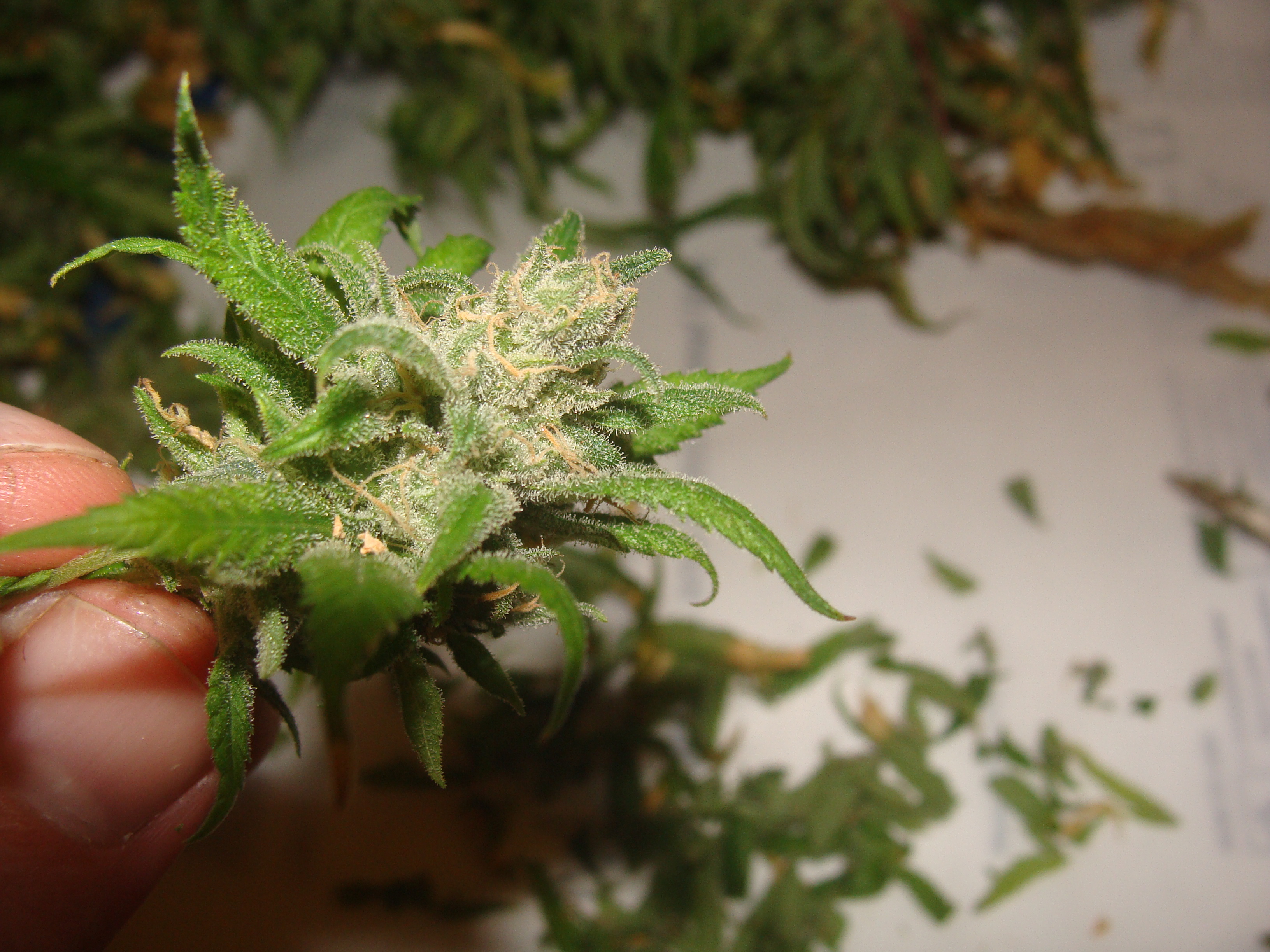 Bruce Vanicek, owner and operator of Rhode Island Nurseries, runs a highly successful business that grows wholesale shrubbery for suppliers along the Eastern seaboard and as far away as Chicago, Milwaukee and Detroit. The nursery, which has been around since the 19th century, covers about 500 acres on the outskirts of Newport.

Now, Vanicek is set to embark on a historic new adventure in Rhode Island: cultivating large quantities of marijuana for Greenleaf Compassionate Care Center, in Portsmouth, one of three dispensary organizations selected by the state Department of Health last week to sell medicinal marijuana.

“Sometimes, you have to pinch yourself,” he said. “You go home at night and think, ‘Wow! What am I doing?’ ”

Vanicek is not alone. He sets out on his new mission with growers, or horticulturists, at The Thomas C. Slater Compassion Center organization in Providence and Summit Medical Compassion Center group in Warwick. The three organizations are rushing to build-out or renovate their dispensary and cultivation sites as they get ready to sell marijuana to as many as 3,200 licensed patients in the state.

The marijuana will be grown inside expansive warehouse-type buildings and the first crop should be harvested sometime this summer.

The new venture raises questions about how the marijuana will be farmed in the state.

Vanicek and his wife, Kelly, have been licensed caregivers in the medical-marijuana program for about 1½ years. They grow a couple of dozen marijuana plants for seven patients. The Vaniceks contacted the Rhode Island Patient Advocacy Coalition about the program after they became interested in alternative forms of medicine.

Vanicek, who earned his bachelor’s degree in nursery management from Cornell University, gave some thought to applying to the Health Department for a dispensary license.

Instead, Dr. Seth Bock, an herbal physician, who is Greenleaf’s chief executive officer, reached out to Vanicek. He knew about Rhode Island Nurseries and Vanicek’s interest in medical marijuana.

Vanicek joined Greenleaf’s board of directors and agreed to oversee the dispensary’s marijuana production. He has some experience growing cannabis for his patients in the caregiving program, but it’s different from producing rows of shrubs for the family business.

“I wouldn’t call it easy,” he said. “It’s a learned skill, especially when you are growing medicinal marijuana.”

Vanicek said that he is in the process of collecting clones or cuttings from his own marijuana plants or from other caregivers he has met in the state program. Those plant parts are then placed in small pots of water where they develop root systems. Once the roots are strong enough, the plants are transferred to larger pots with soil.

Vanicek will grow sativa, a strain of marijuana that gives users an energetic high, a sensation that is more in line for daytime use. He also will grow indica, a different strain that is used to relax a patient and cope with anxiety and stress. Both strains are commonly used to deal with physical pain.

The varieties of sativa and indica will be produced at Greenleaf’s 60-by-40 foot cultivation site in an industrial park in Portsmouth. Vanicek said that he will launch the first grow with 10 different varieties of marijuana plants. Over the next few months, Greenleaf will try to attract patients to their dispensary.

Vanicek said that he still has to figure out how much electricity and water will be needed to grow the marijuana in soil and through hydroponic water systems.

In Providence, Gerald J. McGraw Jr., chairman of the Slater compassion center, has hired two young growers to cultivate his marijuana crop in a warehouse in the city’s north end. They are Stephen Doyle, 27, who earned a degree in horticulture from the University of Rhode Island, and Alex Liebster, 25. He moved to Rhode Island from Florida with his family about three years ago. They are both caregivers who grow marijuana for several patients.

The trio will work closely with Dr. Susan Audino, Slater’s director of quality assurance and quality control. She has an extensive background in chemistry and will monitor the cannabinoid content, or potency, of the marijuana.

McGraw, Doyle and Liebster are developing 25 marijuana strains — sativa, indica and hybrids — for the patients they hope to attract this spring and summer.

“The broader of a menu we have, the better we can serve our patients,” McGraw said. Like Vanicek, the Slater growers have obtained plant samples from other patients and caregivers in the state medical-marijuana program. They preserve and clone the plants they like for production.

As a rule, it takes 8 to 10 weeks to grow indica, which tend to be short, stocky plants with dark green leaves. Flowering time for sativa can take anywhere from 10 to 16 weeks.

But Liebster and Doyle said that some tropical strains are quite finicky and can take more than 20 weeks to reach harvest.

McGraw has bought 800 Botany-In-A-Box, kits from Grosca, an indoor horticultural supplier in Providence to get his cultivation center up and running as soon as possible. The boxes contain lamps, shades, ballasts and other equipment essential for growing marijuana indoors. He hopes to have about 500 patients when the Slater center opens for business in September. If so, that would allow him to grow 6,000 plants in their 15,000-square-foot warehouse.

“We are ready to pull the trigger,” Doyle said.

Summit will have the biggest grow center in the state, an 18,000-square-foot indoor hydroponic farm in Warwick. They plan to harvest their first crops in the fall, and that will be followed by a “systematic perpetual growth cycle,” producing mature marijuana plants every five to six weeks.

Greenleaf, Slater and Summit have yet to begin the process of growing marijuana, but the state’s 2,000 caregivers have been cultivating the drug for years for the licensed users they supply. Their cottage industry will continue with the introduction of dispensaries, which are intended to give medical-marijuana users an easier access to supply.

One of those caregivers, who did not want to be identified because his landlord does not know that he’s growing marijuana, lives in the West Bay with his wife and two small children. He works in a local record store and grows marijuana in the basement of his home for three patients. Two of them don’t have cars, so he delivers the marijuana to their homes in Warwick, Pawtucket and Central Falls.

The caregiver produces about 3 to 4 ounces of marijuana each month for the three patients. He said that he collects a total of about $200 to $300 from them.

“We’re not trying to make a living off of this,” he said. “This is about health and medicine.”

He knows people in the local marijuana grow community and they trade seeds or “cuttings,” clones of existing marijuana plants. He brings them home and keeps the leaves in Ziploc bags in his refrigerator.

He is also in the process of developing a new plant called, “Slater,” named after the late state Sen. Thomas C. Slater, D-Providence, who worked with Rep. Rhoda E. Perry, D-Providence, to develop the state’s medical-marijuana program.

“I give the seeds out to people and they grow them and get back to me,” he said.

In the basement, the caregiver has several areas of operation. In one spot, he has about a half-dozen plants floating in a small aquarium. He said that young plants are left in the aquarium until they develop root systems. Once that happens, he transfers the plants to 12-ounce plastic cups filled with organic top soil.

Artificial light beams down on the plants 18 to 24 hours a day.

After several weeks, the caregiver moves the plant to another section of the basement where there are 12 plants about 2-feet high behind a black plastic curtain. There, two 600-watt high-pressure sodium lights hang directly above the plants.