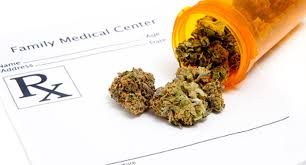 In the early 1930′s the federal government – faced with the continuous embarrassment of being unable to convict infamous gangster Al Capone, turned to the Internal Revenue Service, whose examination of Al’s tax records – such as they were – was the cause of his downfall. Now there is the ominous prospect of the federal government doing the same thing to another of its enemies; the medical marijuana industry.

According to reports, at least 12 dispensaries are currently under audit by the IRS. Their reasoning is that it is illegal to claim tax deductions for “trafficking” in Schedule I or II drugs (cannabis is Schedule I). And since that is what dispensaries do, their deductions must be illegal. There are currently efforts to change the tax code to accommodate legal medical marijuana in states that have it, but one wonders what the DEA will have to say about that.

After all, changing the tax code would be another chink in the DEA’s federal armor. Once one federal agency starts making accommodations, it becomes a precedent. On the other hand, does the DEA really want the IRS encroaching on their turf and driving their cash cows out of business? If medical marijuana folds, who will the DEA raid? Who will they target without the large signs in front of establishments clearly marking them as medical marijuana dispensaries or collectives?

It will be interesting to watch this play out, and it just goes to show what we always say here at The 420 Times: until marijuana is fully legal on a federal level, no cannabis user will truly be free.

One Hit One Da Review