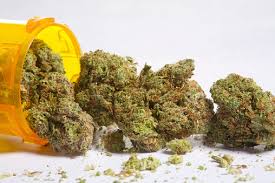 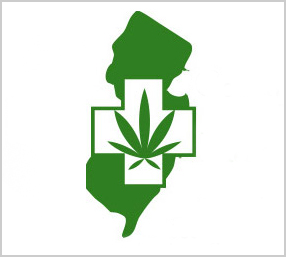 TRENTON — Patients, health care workers and advocates of the New Jersey Compassionate Use Medical Marijuana Act confronted officials from the Department of Health and Senior Services (DHSS) yesterday at a public hearing that addressed the law’s new regulations regarding the medical distribution of marijuana.

“These regulations are unconstitutional; they are arbitrary and capricious,” said attorney Justin Escher Alpert, a patient from Livingston, N.J., who supports the legalization of medical marijuana. “They are against the spirit of the law.”

The New Jersey Compassionate Use Medical Marijuana Act, passed in January 2010, has not been implemented yet, according to a press release from the governor’s office.

Gov. Chris Christie and assemblyman Reed Gusciora, D-Princeton, who sponsored the bill, announced a compromise agreement in December that added more rules and restrictions to the measure.

The public hearing, held at the Trenton War Memorial, is part of a longer process of adoption required after changes to the original bill, signed by former Gov. Jon S. Corzine, became law.

The new rules put a limit on the amount of tetrahydrocannabinol (THC), the psychoactive chemical present in marijuana that gives it its hallucinogenic and therapeutic effects, at a maximum of 10 percent, according to the N.J. statute.

Unlike California, New Jersey’s system does not allow patients to procure marijuana by growing it at home or buying it at a local dispensary, according to the governor’s press release. Instead, there will be just six Alternative Treatment Centers (ATC) divided evenly throughout New Jersey where patients can pick up their medication.

Christie’s compromise measure restricted access even more by denying ATC operators the ability to transport marijuana from the center to a patient’s home, according to a press release from the governor’s office.

“Many of the patients we’re going to be working with are those in the home care setting who have already exhausted the need and utilization of acute care centers,” said Nora Giurici of the New Jersey Hospice and Palliative Care Organization.

Giurici feels this unnecessarily restricts patients’ access and can only burden the ATC.

“More than a year later, not a single patient has been able to legally access medical marijuana,” said Roseanne Scotti, N.J. director of the Drug Policy Alliance.

“I am done,” Ballinger said. “I cannot sit here and wait for you guys to figure out the most lucrative system to be put in place when you’re talking about my mental health, my family name.”

When N.J. resident Jack O’Brien was called to speak, he walked to the microphone and took off his shoes.

“Everybody’s got 10 fingers and 10 toes, right? Not me. It’s extremely painful,” said O’Brien, who displayed his knotted hands and feet to the panel.

Jim Miller of Toms River, N.J., also came to testify on behalf of his late wife who died of multiple sclerosis and relied on marijuana for relief.

“You cannot go into business with this much uncertainty,” said Flakewood Tucker, who applied for the credentials to operate an ATC.

Tucker said there is no way to ensure a company can give plants at a 10 percent THC level, causing any ATC to risk going out of business, unless they have deep pockets.

DHSS will announce the six winners of the ATC licenses on March 21st, said Donna Leusner, the DHSS Communications director.

So far, 80 physicians from 19 of the 21 counties in New Jersey have applied to gain the legal ability to prescribe marijuana to patients, Leusner said.

After the meeting, the public’s testimony will be reviewed by the DHSS Medical Marijuana Program staff, she said. Final adoption of the regulations will be decided after Poonam Alaigh, DHSS commissioner, and her staff review the testimonies.