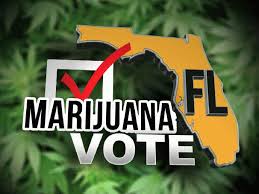 ​With 14 states and the District of Colombia allowing the legal medical use of marijuana, acceptance of the issue is steadily growing in America. A new poll shows that 57 percent of Floridians support legalization of medical marijuana as buzz grows that the issue could be placed on the ballot as soon as 2012.

Bob Norman reports that the poll was conducted by Fabrizio, McLaughlin & Associates, a Republican firm that worked with Rick Scott’s gubernatorial campaign. The pollsters asked point blank: “If there was a Constitutional Amendment on the statewide ballot to legalize the use of marijuana for medicinal purposes only when prescribed by a practicing physician and the election were held today, would you vote YES to legalize marijuana for medicinal purposes or NO to stop it?”Fifty-seven percent said they would vote yes (roughly 41 percent said they definitely would, and about 17 percent said they probably would). A recent ABC News poll shows that across the nation, 81 percent of voters support medical marijuana. It’s possible this poll might even be conservative in estimating support.

Norman reports that such an amendment could come to the ballot in 2012, but 60 percent of voters would need to check yes for such a measure to pass.

Although there wasn’t a big statistical difference based on gender and race, slightly more women were supportive of the measure than men. Fifity-nine percent of whites, 58 percent of Hispanics, and 55 percent of blacks would vote yes.

Voters in Miami would support the measure at 58 percent, but West Palm has the biggest munchies for medical marijuana, with 73 percent. Seventy-nine percent of voters 18 to 24 would vote yes, while even a majority of voters 65 and older are supportive of the measure, at 53 percent.