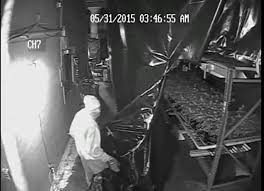 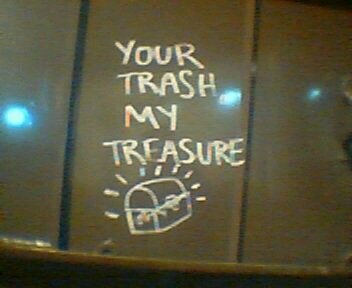 Dumpster diving isn’t just a big-city phenomenon. It goes on in Colorado Springs. In the Shooks Run neighborhood east of downtown, among other places.

These divers are not just going head-first into any old trash bin. They are aggressively targeting certain bins, carrying heavy duty bolt cutters to bust padlocks.

They are not searching for food. Or clothes. Or furniture. They are on a very specific quest for buds, stems and seeds . . . medical marijuana residue.

Thieves, it seems, are stealing trash from medical marijuana dispensaries and grow facilities.

Nancy Strong, a Middle Shooks Run resident, stumbled onto the trend a couple weeks ago while biking a creekside trail.

“There was a huge pile of trash dumped on the bike path,” Nancy told me. “I was picking it up and found a business name in the trash and called them.”

It was a marijuana grow operation in a building on Colorado Avenue a couple blocks west of the trail. It is in a building owned by attorney Anthony Cross.

“They said people are going through their trash dumpster, looking for marijuana debris,” Nancy said.

A few days later, Nancy was on the bike path again and came across another a pile of trash.

“It looks like someone gets a bag of trash, goes out under the streetlight near the trail and goes through it,” Nancy said.

This time, she called Cross, to inform him of the recurring problem.

“His office said the same thing . . . that it was somebody looking for marijuana debris,” she said.

She said the attorney’s office told her the thieves are using bolt cutters to break into the large trash bin behind the building.

Concerned, Nancy sent out an email to the Middle Shooks Run Neighborhood Association to alert neighbors and to urge calls to Cross if the problem continues. I tried calling, but he didn’t return my messages.

In debates about medical marijuana, many fought to keep operations out of neighborhoods fearing adverse impacts on the surrounding homes and parks.

But Nancy said she’s not worried about the business, only about trash being dumped in the park.

“We have to make sure the trash doesn’t keep showing up on the bike path and make the park look like a dump,” she said. “That’s really my only concern. Not the business.”

Julie Postlethwait of the state’s medical marijuana enforcement agency said rules drafted to regulate the industry would require marijuana waste to grind up its leaves, stems and seeds and other plant waste, mix it with non-edible waste such as oil to prevent its illegal use or consumption.

“And they are required to keep it in a locked trash dumpster,” she said. The rules for waste handling were created to prevent animals getting into the trash.

“This is the first I’ve heard of Dumpster thieves,” she said. “That’s a new one.”