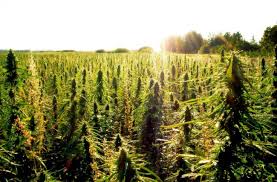 (Story Updated: Mar 4, 2011 at 5:13 PM EST )
Horticulturist and professor at UMass, Lyle Craker says he’s disappointed in the system. In 2001, he submitted an application to the Drug Enforcement Administration seeking permission to grow medical marijuana in bulk at the University. Craker says he wanted to be able to grow it so that it could then be distributed to medical doctors for clinical trials. Ten years later, he’s no closer to his goal. The DEA says, facilities like the one Craker has proposed would lead to greater illegal use of the drug.

Craker says “They are looking at it believing anyone growing any kind of marijuana is solely for recreational purposes and there is no medicinal value. So, they’ve been very forceful on this.”

But, Craker disagrees. Saying, if he had been allowed to grow marijuana it would have been under tight security.

Craker says “That would all be locked. There would be cameras, video cameras to monitor who went in and who went out. There would be special locks for only certain combinations or finger prints who would be allowed in. So, I think we were well versed on how to keep this material from getting to anybody else.”

But, with no end in sight, Craker says it’s best to drop the case. He says who he really feel sorry for are the people who write to him about their terminally sick loved ones whose only source of comfort comes from marijuana.

Craker “I feel sorry for those people because they ask me, why do I have to go to a back alley to get medicine. And, that’s a good question I think.”

Currently there are 15 states that allow the use of medical marijuana.