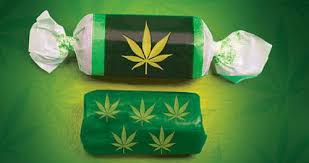 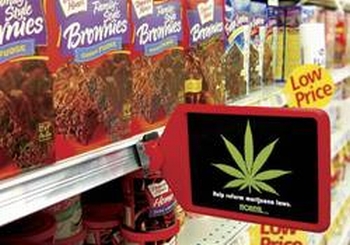 The clerk at Calco Mart and Gas gas station and convenience store on Maine Street told investigators that a regular customer gave him the two ginger snaps that he then passed on to a Grace Patterson Elementary School fifth-grader, Sgt. Jeff Bassett said in a statement.

The fifth-grader made regular stops to the convenience store, and the clerk would give him small food items, Bassett said.

The student shared one of the cookies with three others at lunch Monday, not knowing it had marijuana in it, said Vallejo City Unified School District spokeswoman Tish Busselle.

Three of the students were taken to Kaiser Permanente Vallejo Medical Center and released Monday evening. All four were OK Tuesday, Busselle said.

The Vallejo Police Department said at least six students may have eaten the cookie, though Busselle said the district has identified only four.

The store clerk told police that he did not know the individually packaged cookies had marijuana, Bassett said. The packages were not clearly marked, Bassett said.

A Patterson Elementary teacher discovered the cookies contained marijuana after she read the label of the uneaten cookie when her students became sick.

The silver package, branded Auntie’s Edibles, has a cartoon image of a blonde, motherly woman holding a tray of cookies in oven mitts.

A search of Auntie’s Edibles yielded a Facebook page, describing the company as a Colorado-based group specializing in “delectable edibles.”

The label also has a red stripe with the word “sativa,” a reference to the marijuana plant. The notation “6X” is highlighted in a blue star, followed by a fine-print description that reads, “This package contains 6 doses of medicine. Each dose consists of .6g of cannabis.”

It also includes a red print warning of the plant’s medical cannabis content and that the product should be kept “out of reach of children and pets.”