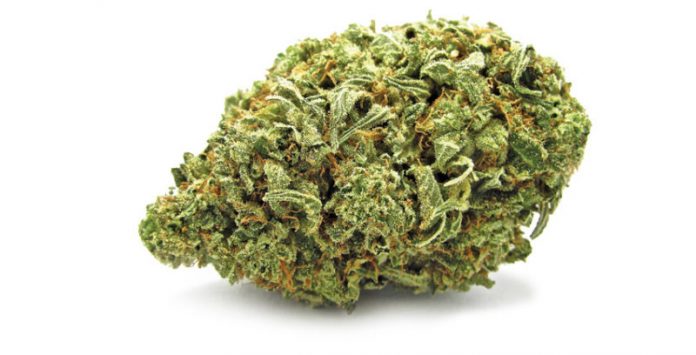 Sunday was the first Cannabis Farmers Market in Seattle. An estimated 600 medical-marijuana patients strolled through the doors of the Little Red Studio in the South Lake Union neighborhood to partake. 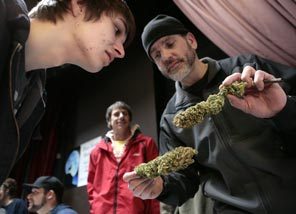 This was not your grandpa’s market. It was the first Cannabis Farmers Market in Seattle. And an estimated 600 medical-marijuana patients strolled through the doors of the Little Red Studio in the South Lake Union neighborhood to partake, organizers said.

One patient from West Seattle said she never expected to see anything quite like it, especially at 11 a.m. on a Sunday.

“Not in my lifetime,” said Nancy, 61, who didn’t want to disclose her last name for privacy reasons. She uses cannabis to ease her chronic back pain and said it was nice to be able to talk to some of the two dozen pot providers on hand about the effects of various strains.

And what strains they were. The purple- and orange-tinged buds sported names such as Dark Vader, Kungfoo Goo, White Widow, Green Queen and God. And vendor names? Among them, the Herban Collective and Delectable Medibles.

Brochures described their qualities in terms that could have been cribbed from a sommelier. The Black Rhino sold at Ken’s Medicine Bowl has a “subtle berry scent” and “full bodied fruity flavor.” The White Knight features “complex fragrance” with “hints of citrus” flavor.

Proprietor Ken Bell, a patient himself, said he was looking forward to a day when marijuana was legal and he was taxed for selling it.

The idea for the farmers market — first held in Tacoma late last year — is primarily to help patients living in outlying areas connect with providers who tend to run their businesses in larger cities, said Philip Dawdy, a spokesman for the market. Participants were required to provide identification and a doctor’s authorization to take marijuana. Because of the vagueness of current state law, and varying interpretations by law-enforcement agencies, Dawdy said, some patients don’t have consistent and safe access to medical cannabis.

Market founder Jeremy Miller said he plans to bring the market to Seattle twice next month, while hitting Tacoma and Olympia on the remaining weekends.

Miller said he felt welcome in Seattle, where voters approved Initiative 75 in 2003. The measure made arresting and jailing adults for possessing personal amounts of pot the Police Department’s lowest law-enforcement priority.

There was no sign of police Sunday morning at the event. “It’s not a big deal,” police spokesman Sean Whitcomb said in an interview before the event. “Our priorities are a reflection of community priorities.”