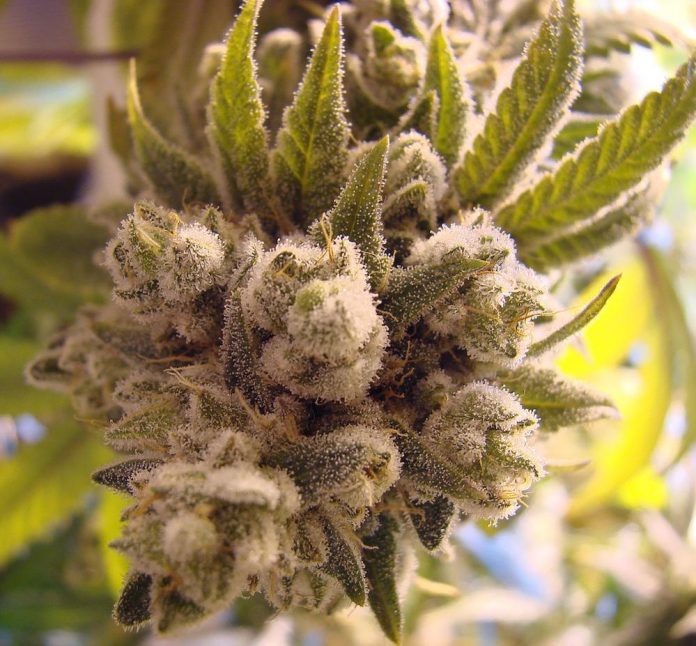 February 20, 2011
After being shot down several times in the past, legislation to legalize medical marijuana was filed again Feb. 15 in the Kansas House of Representatives.

The new bill, known as the Cannabis Compassion and Care Act, calls for the legalization of owning and using marijuana plants for those with “debilitating medical conditions,” such as cancer, glaucoma, AIDS, hepatitis C and Crohn’s disease. The bill was referred to the House Committee on Health and Human Services for debate.

Fifty-eight percent of adults in Kansas support the legalization of medical marijuana, according to a poll conducted last year by SurveryUSA and sponsored by KWCH, a Wichita-based TV station.

Despite the support, Jacob Fox, a sophomore from Landenberg, Pa., and president of the KU chapter of the National Organization for the Reform of Marijuana Laws, said he didn’t think the bill would pass. During the discussion of a similar bill last year, a friend of Fox went to speak to the committee, but he said it didn’t look promising.

“Everyone in the committee got up and left, except for three people,” Fox said. “It was like a joke.”

If the bill passes, patients that are prescribed marijuana would be allowed to have 12 plants and six ounces of useable marijuana, but the marijuana must stay locked up in a secure area until use of the drug is needed. A caregiver will also be assigned to each patient to keep track of drug use and aid the patient with any needs or concerns.

According to the bill, if you are a patient using marijuana for medical purposes, there are several things you will not be allowed to do while under the influence:

• While under the influence, you can’t do anything that would result in negligence or professional malpractice.

• You can’t possess or use marijuana while in a school bus, on preschool, primary or secondary school grounds or at any correctional facility.

• You are not allowed to use it while using a form of public transportation or in any public place.

• You are not allowed to operate any form of transportation if under the influence.

“If someone wants to find weed, it’s not like they have to go far,” Fox said. “It’s everywhere.”

If it’s accepted, the bill would also make Kansas the 16th state to have a medical marijuana bill in place.