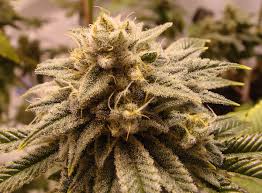 The 58-year-old stockbroker has smoked 10-12 cannabis sativa cigarettes every day for more than 28 years.

Rosenfeld, who was the second person to get medical marijuana ever and NORML’s third speaker for Medical Marijuana Month, spoke to the UCF community on Feb. 16 from 7 p.m. to 9 p.m. in the Key West Ballroom.

In 1971, his first year of college, Rosenfeld was introduced to marijuana for the first time. As a young man who’d had numerous surgeries and chemical drugs to treat his rare bone disease, Rosenfeld did not understand why a healthy person would need to use illegal drugs. He admitted that he had been an advocate against it.

At that time, Rosenfeld was prescribed to take more than 30 pills a day including but not limited to morphine, Quaalude and Valium to treat his multiple congenital cartilaginous exostoses, which he’s had since he was 10 years old. His body had more than 200 tumors in it and even after his growth plates had halted, a second rare disease, pseudopseudohypoparathyroidism, developed. His doctors told him it was a death sentence.

Before using marijuana medically, his use was purely social even though he didn’t agree with it.

“It was a way of making friends, and even though I thought it was garbage, I liked being able to make friends through the use of it,” Rosenfeld said.

The tenth time he smoked was the first time he’d sat for more than 10 minutes without discomfort and medication.

“Once I discovered that cannabis was the medicine I needed, I knew I would be arrested and I would be sunk if caught with it,” Rosenfeld said. “I am not a criminal, I am a patient.”

Since age 21 Rosenfeld has not had another tumor form. His doctors were astounded and couldn’t figure out why, but Rosenfeld knew it was because of his recently discovered medication.

He decided to drop out of college after his third semester and move back to Virginia to take on the Federal government. He gained support from his family and doctor and started the persistent fight to gain access to his medicine, a battle that would last 10 years.

In 1982, Rosenfeld, who has the Federal right to smoke his cannabis sativa cigarettes wherever smoking is permitted, received his first tin canister of 320 cigarettes. The government refers to his medication as an experimental new drug that only four patients currently have access to.

When it came time for his doctor to write a report on the success of his use, Rosenfeld knew how it’d be received.

“I told him the truth,” Rosenfeld said of the conversation with his doctor. “Any positive report was going to be buried because the government has no interest in the positive aspects of cannabis.”

On the report written after that, his doctor decided to write on every page in big red letters “it’s working.”

The government said nothing.

“The truth is that the government only gave me medicinal cannabis because I backed them in a corner,” Rosenfeld said. “They have no interest in continuing this program once the patients are gone.”

As stated in his book, My Medicine, the program will terminate when the patients do. He realized four years ago that he needed to share his story; otherwise, it would die with him.

“I know I am taking a risk with the Federal government and my book, but I need to educate people,” said Rosenfeld. “The government doesn’t want to know and that’s what we are up against. I went public so I could be the face of the medical marijuana movement.”

Rosenfeld made sure to distinguish between the words ‘cannabis’ and ‘marijuana.’

“What I get every 25 days is cannabis sativa, not marijuana,” he said. “By using the word ‘marijuana’ or ‘pot’ you demonize the drug. Every time we use the word ‘pot’, we are playing into their hands.”

Rosenfeld is creating a new company, Medical Cannabis Solutions, which is going to attempt to achieve something never done before, write its own state law. As the face of the movement, Rosenfeld has credibility when speaking about the battle for his medicine and the necessity to make it available to all patients. He estimates that it will take about six months to a year to complete the project.

Music education junior Chelsey Sprouse can personally attest to the benefits of marijuana used as medicine. Sprouse, who suffers from inflammatory bowel disease, was prescribed eight pills a day by her doctor, but has opted to use marijuana instead.

“Now I get home and I take one hit of cannabis and instantly I am better,” said Sprouse. “It helps me eat. It is almost a miracle because it is something nothing else has been able to do. Cannabis is a better choice.”

Rosenfeld hopes his work will make cannabis a choice for others.

“This battle is a lot longer and harder than any of us realized, but we are a step closer than we were before.”