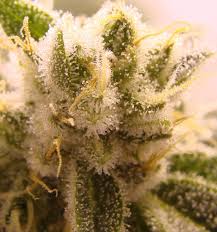 By The Daily Targum

Published: Monday, February 21, 2011
If people are allowed to drive after drinking — provided their blood-alcohol level is under the legal limit — then why shouldn’t people be allowed to drive after smoking marijuana? That seems to be the question raised by a bill in the Colorado state legislature, which would set a legal limit of under five nanograms per milimeter of THC in a person’s bloodstream. As long as a driver’s THC-blood level is under five nanograms, he would legally be allowed to drive. While some are in support of the current zero-tolerance policy, we agree with the idea of establishing a legal limit. If used responsibly, marijuana does not significantly impair a person’s ability to drive. A 2004 National Highway Traffic Safety Administration study shows that marijuana, if used responsibly, does not significantly impair a person’s ability to drive.

Placing a legal limit on THC-blood level may help remove the stigma some Americans have about pot. By treating marijuana in a similar manner to the way alcohol is treated, this bill may help to normalize pot usage to the extent that people may being considering the actual effects of marijuana, rather than dismissing it as illegal and therefore, highly dangerous. Like any mind-altering substance, marijuana can be dangerous — but if alcohol is legal, then there is no reason marijuana should not be as well. As long as pot is regulated in the same way alcohol is regulated, responsible adults should be able to enjoy it. This bill has the potential to expose this truth to people who have never taken the time to really consider the facts. This bill also opens the door for medical marijuana users to drive after using what is, in this case, medication. It is not fair to prevent them from driving because of outdated laws.

The Cannabis Therapy Institute has objected to the bill, stating that “chronic cannabis users, such as medical-marijuana patients, normally average a much higher THC concentration in their bloodstream than 5 ng/mL … and this does not necessarily cause impairment.” That may be the case, but the Cannabis Therapy Institute is approaching the bill from the wrong angle. Rather than complain that cannabis users can often drive with higher THC levels in their blood, they need to recognize that — even though this bill is not perfect — it is a step in the right direction. This is the first time a state has decided to tackle the issue of driving high, so it is expected the bill will have some flaws. But what is important here is that Colorado has recognized that regulation is far more productive than outright condemnation.

Look out for that train.