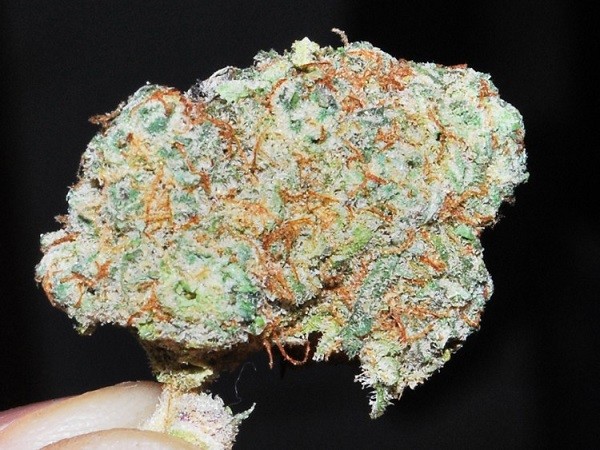 PAWTUCKET — Mayor Donald R. Grebien doesn’t like surprises. Three weeks ago, a constituent dropped a set of documents off at his house outlining plans about a politically connected group interested in opening a marijuana dispensary in his city.

The newly elected mayor knew nothing about the proposal. It upset him that the group, which includes William J. Lynch, the ex-state Democratic Party chairman and George A. Kelley III, the recently retired Pawtucket police chief, were eyeing the historic To Kalon Club building as its medical-marijuana cultivation site to support the group’s proposed dispensary on the edge of downtown.

But things have changed since then. Last week, the To Kalon Club signed a purchase-and-sale agreement with the Public Archaeology Laboratory, which specializes in marine and terrestrial archaeology. Meanwhile, Grebien submitted a letter to the Health Department stating that “he’s not opposed” to the Rhode Island Center for Compassion and Wellness coming to the city.

“My position really hasn’t changed from the beginning,” Grebien said. “The location was the issue. The [To Kalon] club was not the best use” for a medical-marijuana dispensary.

Grebien joins Providence Mayor Angel Taveras and Warwick Mayor Scott Avedisian in supporting the concept of a medical-marijuana dispensary in their communities. Cranston Mayor Alan Fung is opposed. Most of the proposed dispensaries are in the metropolitan area.

Avedisian and Rep. Joseph M. McNamara, D-Warwick, have been unabashed supporters of the dispensary proposal by the Summit Medical Compassion Center group in their city.

McNamara also serves as the chairman of the House Committee on Health, Education and Welfare.

“Summit has met with me and members of the Warwick Police Department numerous times to present its proposals and has been responsive and willing to address our many concerns,” wrote Avedisian in a letter to the Health Department, which is considering 18 proposals for dispensary licenses. “Summit has already secured financing and leases in advance and will occupy space in the Kent Center. This decision was made to complement the Kent Center’s services so that comprehensive pain management and social services can be offered in one location by a diverse group of professionals.”

The Kent Center, on Post Road, has provided help for patients with mental health and substance abuse problems for 35 years.

In neighboring Cranston, Fung, a Republican, like Avedisian, has a very different take on the dispensaries.

At last week’s public hearing at the Health Department on the dispensary proposals, Fung, a former state prosecutor, said his city did not need a business that sells medical marijuana. He said the intent of the medical-marijuana legislation is “noble,” but he had serious concerns about public safety and the strains it would place on the Cranston police force.

“I’ve seen the shadier side of criminal activity” associated with marijuana, Fung said.

Under state law, the Health Department is required to host a public hearing and “solicit input” from patients, registered caregivers and public officials from the towns where the proposed dispensaries would be located. That law led to the appearance of Fung and others, as well as letters submitted on behalf of others at the Health Department hearing.

The department is scheduled to announce March 8 a decision on the number of dispensaries it will license and its choice for which applicants will get the permits.

Four of the 18 applicants vying to open the first of three marijuana dispensaries in Rhode Island have ties to Cranston. Two of them, The Cassandrew Corp., dba Roger Williams Medical Marijuana Compassion Center, and The Institute for Alternative Therapeutics would open centers in the city. Cassandrew would operate in the vicinity of Sockanosset Crossroads; Alternative Therapeutics would be in Pettaconsett Park.

A third applicant, The Chronic Pain Management Centers of Rhode Island Inc., would have a store in North Kingstown, but it plans on growing its cannabis on Plainfield Pike in Cranston.

Another applicant, The Rhode Island Compassion Center, which has proposed a dispensary in Warwick, has as executive director, David P. DiSanto, who lives in Cranston, while retired Cranston Police Chief Augustine Comella is affiliated with this group.

State Rep. Peter Palumbo, who also attended the Health Department hearing, said that representatives from Alternative Therapeutics never reached out to him, other public officials or the Police Department about their plans to grow marijuana in Pettaconsett Park, which is in his legislative district.

Robert Bock, who runs a flower shop in western Cranston, spoke out against Chronic Pain’s proposal to grow marijuana on Plainfield Pike.

“There is tremendous opposition by neighbors and other city residents,” he said.

In Providence, Mayor Angel Taveras did not speak at the hearing, nor did he send an emissary to speak for him about four proposals planned for the city. They are Innovative Solutions for Non-Profits Inc., Help On The Way Charities, The Thomas C. Slater Compassion Center and possibly Prospect Ministries Inc.

On Friday, he issued a statement: “Mayor Taveras is supportive of the use of medical marijuana for those with serious and terminal medical conditions. Dispensation centers should be sited in a way that is appropriate and safe to the community.”

Brian Principe, a newly elected member of the Providence City Council, said at the Health Department hearing that he supports the concept of medical marijuana to help patients cope with pain, but he had concerns about where the centers may open in the city. He said that he does not believe that health officials should grant licenses to anyone who does not have a specific location for a center or cultivation site.

Principe also urged the applicants to reach out to city officials about their plans.

Back in Pawtucket, Grebien, the new mayor, said that he welcomes the proposals from the Lynch group, as well as those submitted by MariMed Caregivers Inc. and Ocean State Compassion Inc., to open dispensaries in the city. He feels that the new businesses can help the local economy, create jobs and enhance the local tax base.

But, before that happens, he wants to make sure that everyone is on board: city zoning, local residents and the City Council.

Lynch, the lawyer for the Rhode Island Center for Compassion and Wellness, declined to say where the group is considering growing the medical marijuana, but he said that it is looking “at two or three competing locations,” in the city.

If the group is granted a license next month, Lynch said that it will have a home within three weeks.