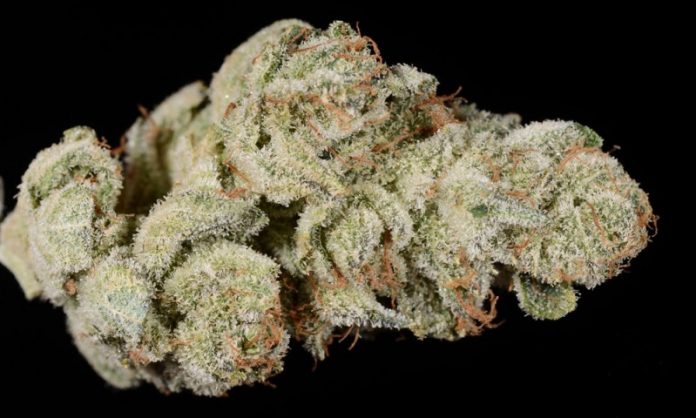 01:00 AM EST on Thursday, February 10, 2011 PROVIDENCE — Pastor Erik F. Johansson feels that he was performing God’s work, providing relief for his parishioners in West Warwick who suffer from back pain, nausea from chemotherapy and other medical maladies.

The federal authorities have a different take on Johansson. They believe that he is a drug dealer who kept a shotgun in his church where he was allegedly growing more than 180 marijuana plants.

The criminal charges could put a serious damper in Johansson’s plans to open one of the state’s first marijuana dispensaries, also known as compassion centers. His proposal is one of 18 that the Health Department has accepted for review. At a public hearing this week, West Warwick’s legal counsel, Albert DiFiore, was highly critical of Johansson and his proposal. He said that it would be a “fiasco” for the state to grant a license to a man who is facing significant jail time and has yet to specify where he might run his marijuana dispensary.

In his application, Johansson suggested that he might open his business, Prospect Ministries Inc., near the Rhode Island Mall or off Kennedy Plaza in downtown Providence.

Despite his recent problems, Johansson has no plans to withdraw his application to open a marijuana dispensary. The Health Department is expected to announce its selections next month.

“My hat is already in the ring,” he said. “It’s up to the [health] board right now, but I don’t think that we have any chance at all.”

On Sept. 14, a team of West Warwick narcotics police officers executed a warrant at 6 a.m. on Johansson’s church at 724 Providence St., in West Warwick, in search of marijuana, drug paraphernalia, documents, records and proceeds from the unlawful sale and possession of drugs.

During the search, the police allegedly found 183 marijuana plants of “varying sizes in pots and trays located in several first-level grow rooms.” They also seized over two pounds of marijuana, $565, an electronic scale and apparatus used to cultivate marijuana indoors, the police said.

The officers in the drug raid also found two cards indicating that Johansson was a licensed caregiver, or supplier, in the state medical-marijuana program. The card allows him to grow up to 24 mature marijuana plants for up to five patients registered with the program.

The police said Brindamour told them that the Health Department had approved two cards for her, but she had yet to receive them.

Johansson and Brindamour were arraigned on the felony drug charges in state court.

Three months later, Johansson submitted his application to operate a marijuana dispensary with the Health Department. In his cover letter, he freely spoke about the police raid and his arrest on drug charges.

“After being pushed face down naked on the floor and handcuffed, I tried to explain plant counts to them and describe the legality of our grow,” he wrote. “They decided to arrest and charge us with two felonies. While we were locked up for over 24 hours, they killed all our plants in violation of state law. The amount of medicine lost and its effects on our patients has been excruciating. The physical, psychological and emotional effects have been devastating to us.”

Johansson said that the shotgun, a .12-gauge, was not loaded. He said that he has used it for hunting and skeet shooting. He also said that he strictly provided the marijuana for patients, not street sales. He estimated that the drugs provided pain relief for “well over 100 people” in the West Warwick area.

“Basically, we assisted people and got them off pharmaceuticals,” he said. “We got them off medicine that was killing them. There was so much demand in the community.”

According to Johansson’s application, he received a certificate of ordination, in May 2009, from the World Christianship Ministries, based in Fresno, Calif. He had previously worked in construction and real estate.

Following the arrests, prosecutors in the office of U.S. Attorney Peter F. Neronha took a closer look at the case. As a rule, federal authorities are not interested in prosecuting cases involving fewer than 100 marijuana plants, but once the amount crosses that threshold, the government often weighs in.

Two months ago, Neronha’s office prosecuted a Providence man, Mark McNaught, caught with more than 100 plants in his apartment. He was sentenced to five years in prison. They also have a case against another man, Shayne R. Costa, who was arrested last fall for growing more than 100 plants on his property in Tiverton.

It’s the second time he has been prosecuted for the same crime.

On Jan. 26, a criminal complaint was filed against Johansson and Brindamour in U.S. District Court in Providence. They were released on unsecured bond and their cases will now be presented to a grand jury.

Johansson said that he is ready to fight the charges in federal court. He said that if it goes to trial, he will have about 15 of his patients take the stand and testify about how his marijuana gave them pain relief.

Under state law, a criminal conviction would not prohibit Johansson from operating a dispensary as long as the Health Department determined that the conviction was related to the medical use of marijuana.

“There is no way they are going to convict me,” he predicted. “[My patients’] lives have been saved. I don’t want to go to trial, I want to be left alone. This is a plant — God’s gift.”