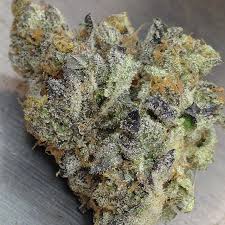 A state representative from Greenfield who says he obtained a medical marijuana prescription in California under false pretenses as a way to show the flaws with such a program should be impeached for illegal acts, several citizens told lawmakers today.

Rep. Clel Baudler, R-Greenfield, is a former state trooper who says he hates illegal drugs. He wrote in an e-mail to supporters in October that he had gone to California, where he lied about having medical problems to obtain a prescription to prove “how asinine it would be to legalize ‘medical marijuana.’”

“I spent 15 minutes with this ‘doctor’ and six of those were used attempting to overcome the language barrier between us (he was an oriental ‘doctor’ and only spoke broken English.)” Baudler wrote in the e-mail.

California law states that a person who fraudulently represents a medical condition to a doctor is subject to a $1,000 fine or six months in jail for their first offense.

Pesce says he plans to file an ethics complaint with the Iowa House within the next week.

Baudler said Wednesday he highly doubts the person he lied to has a medical degree and, therefore, he did not break California’s law.

“I’ll be glad to answer to the ethics board,” Baudler said.

Baudler, 71, made public his plan to lie about a medical condition to obtain a medical marijuana prescription almost a year ago when the Iowa Board of Pharmacy voted unanimously to recommend that legislators reclassify marijuana in a way that could allow people to use it for pain, nausea and other symptoms from diseases such as cancer, AIDS or multiple sclerosis.

He told how he planned to go to California.

“Then I’ll lie about having hemorrhoids so I can get medical marijuana for hemorrhoids and get smoke blown up my rear end,” he said.

Pesce and several other medical marijuana supporters criticized Baudler today during a House Public Safety subcommittee meeting, where House Study Bill 4 was being considered. Baudler is chairman of the committee and was in the audience for part of the subcommittee’s work early today.

Essentially House Study Bill 4 would remove the pharmacy board’s authority to classify medical marijuana in a less restrictive category. Terry Witkowski, an executive officer of the pharmacy board, told lawmakers that the board has never classified marijuana as a schedule II drug, potentially allowing its use for medicinal purposes, because members felt they didn’t have sufficient authority to address all of the issues such as liability and medical expertise concerns.

Rep. Tom Sands, R-Wapello, who chaired the subcommittee, did not directly respond to statements made during the meeting today from Pesce and others calling for Baudler’s impeachment.

Here is Baudler’s newsletter, sent to supporters in October of 2010

Last winter the people advocating for medical marijuana were attacking Iowa’s Board of Pharmacy wanting them to change the schedule on marijuana so they could use it for medical purposes. I wrote in my newsletter at that time that when I went to California this summer to see my youngest son and his family, I would attempt to get a prescription for “medical Marijuana” to help my depression, hemorrhoids, and an artificial left knee. Those of you that know me know that I have never had an issue with depression, and to be honest, I don’t even know what hemorrhoids were. Most of you know that I have a hate for illegal drug use and the illegal use of prescription drugs, and have continued to fight this battle for years.

May 21st this year, with no idea where to start this process, I went to a distribution center in California to attempt to obtain a prescription. I was told I had to have a prescription from a doctor for the “medical marijuana.” They were more than helpful and gave me an address of a doctor. I followed the directions straight to a seedy motel where I am absolutely sure the rooms were rented by the hour. The “doctor” was not in.

The next day, Saturday, I asked my son to take me on Redondo Beach, leave me and I would give him a call when I was done. He refused to do it stating that I would probably get in trouble. He said, “I’ll take you to Venice Beach. It’s weirder,” and to put it bluntly, he was right.

We got there, saw a large green cross over a doorway, found a parking spot, and walked up to The Green Cure Distribution Center. I rang the doorbell, someone looked out a window in the door and let us in. I explained to them that I wanted “medical marijuana,” and was admitted immediately by an armed security guard that had to weigh close to 110 pounds. He had ten earrings on and about his face and ears, and (in my mind) way over the legal limit on tattoos. I told him I was from Iowa, and he explained I did not need to live in California to get a prescription, but I would need some type of paper indicating I had an address in California i.e. water bill, bank statement, etc. After our meeting, he scheduled an appointment for me at the Inglewood Health Services Center.

My son and I watched the distribution center for quite some time before leaving. No one was seen going in, but the people coming out were 35 or under in various stages of drug intoxication (high). We went to the “health center” in an abandoned manufacturing building/office. I walked in, was asked for my identification at which point I produced my Iowa drivers license. I was asked for $45, handed them a $50 bill and they gave me 5 Susan B. Anthony gold dollars and asked me to fill out a six-page document which would take approximately 30-45 minutes. I finished this document in under eight minutes, and the only things I lied about were hemorrhoids, depression and I state that I did not have health insurance.

I was immediately seen by the “doctor.” He was in a large office, furnished by two folding chairs, and old tin desk, and a card table. There was nothing on the walls, and two windows with no curtains. I spent 15 minutes with this “doctor” and six of those were used attempting to overcome the language barrier between us (he was an oriental “doctor” and only spoke broken English.) I was then given my prescription, he signed it, I signed it and I walked out.

In the LA Times, government officials were bemoaning the fact that they weren’t getting enough tax dollars from the distribution centers. It was evident to me that this whole “medical marijuana” enterprise is driven by a bunch of criminals. Friends of mine in some federal agencies believe that the Mexican’s drug cartel are now infiltrating and providing marijuana to the distribution centers. The amount of money involved in this criminal enterprise is staggering.

Also stated in the paper was the fact that this November, California is going to have recreational use of marijuana on their ballot. The “politicians” think that they will have another 1.9 billion dollars in tax money to spend and they don’t care about the consequences.

In essence, I got my prescription to show how asinine it would be to legalize “medical marijuana.” Some of the states that have legalized “medical marijuana” are now having trouble “putting the toothpaste back in the tube.” They are now attempting to backpedal, which has proven to be extremely difficult.

Next time I’m in California, I’m going to use my retired State Patrol I.D. card, my Medicare card, and if anyone can think of something more stupid to claim than hemorrhoids let me know. I will do it again just to show that the “fight for medical marijuana” isn’t for medical purpose at all, it is all about people just wanting to get high.”