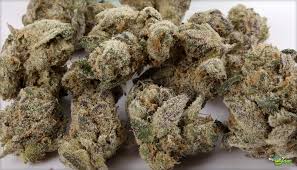 January 31, 2011 – SACRAMENTO, Calif. – January 31 – State Senator Mark Leno (D-San Francisco) introduced legislation Thursday that would prevent California employers from discriminating against medical marijuana patients. Senate Bill 129 would not change current law, which prohibits employees from using medical marijuana at the workplace. According to Senator Leno, his bill “simply establishes a medical cannabis patient’s right to work.” SB 129 would reverse a 2008 California Supreme Court ruling that granted employers the right to fire or refuse to hire workers with a physician’s recommendation for medical marijuana. Advocates have estimated that more than 400,000 medical marijuana patients live in California.

“The people who voted for Proposition 215 never intended to force law-abiding patients out of a job,” said Don Duncan, California Director with Americans for Safe Access, the country’s largest medical marijuana advocacy group and sponsors of the legislation.”Like anyone else, patients just want to be productive members of society,” continued Duncan. “Why must hundreds of thousands of Californians be denied their civil rights, and be forced to live with the risk of losing their job due to their choice of medication?”

ASA was also the sponsor of a similar bill, AB 2279, which was introduced in 2008 by then-State Assemblymember Mark Leno, less than a week after the California Supreme Court ruling in Ross v. RagingWire Telecommunications. AB 2279, which had strong support from a broad coalition of disability rights, labor, medical and legal groups, passed both houses but was ultimately vetoed by Governor Schwarzenegger. Senator Leno and ASA will be working together over the next few weeks to shore up even greater support for the new legislation.

“This bill is not about being under the influence while at work,” said Senator Leno in a previous statement. “That’s against the law, and will remain so.” The bill leaves intact existing state law that prohibits medical marijuana consumption at the workplace or during working hours and exempts from the law “safety-sensitive” positions such as health care providers, school bus drivers, and operators of heavy equipment in order to protect employers from liability and to ensure public safety.

The California Supreme Court ruling stems from a lawsuit filed by Gary Ross who was fired in 2001 from his systems engineering job at RagingWire Telecommunications for testing positive for marijuana. Ross, a disabled medical marijuana patient in his mid-40s, was injured while in the Air Force and uses marijuana to treat chronic back pain from his injury. After losing in the court of appeal, Ross appealed, with the help of ASA, to the California Supreme Court. In rendering its decision, the court overlooked amicus “friend of the court” briefs from ten state and national medical organizations, the original co-authors of the Medical Marijuana Program Act, and disability rights groups in support of Ross and patients across California.

Since it began recording instances of employment discrimination in 2005, ASA has received hundreds of such reports from patients across California.
Source.