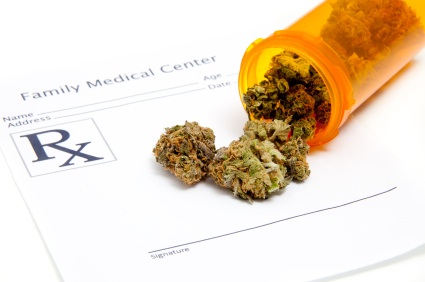 That was fast. Last week, MMJ advocates represented by attorney Andrew Reid petitioned the Colorado Supreme Court to rule on the constitutionality of the state’s medical marijuana laws.

But the Supremes have already rejected this bid, forcing Reid and his clients to take a much slower path through lower courts in order to advance their challenge.

“We’re deeply disappointed the Supreme Court didn’t take the case, but it’s not unexpected,” Reid says. “We understand that the court takes very few of these. But we’ll do what we have to do to bring it back to the court.”

The petition and its supporting material, on view in their entirety below, argues that the marijuana regulatory measures signed by Governor Bill Ritter in June impinge on patient access to medication and their right to privacy in violation of Amendment 20, which legalized MMJ in Colorado. The petitioners are led by Kathleen Chippi, former owner of One Brown Mouse/Cannabis Healing Arts, who announced in July that she wouldn’t sign Colorado’s medical marijuana license agreement. She described the document at the time as “downright evil.”

At the time of his most recent interview with Westword, Reid hadn’t seen paperwork from the Supreme Court about the rejection. Instead, he was informed about the denial by phone. But he notes that the decision “isn’t a determination on the merits of the case. It’s only the Supreme Court telling us we need to go through lower courts first — and we’re preparing a case to file in lower courts. We’ll work our way up as quickly as possible.”

Right now, Reid is in the process of targeting the next-best venue for the case. He hopes to reach a conclusion within a week or so, depending on assorted factors.

“My clients are located in Boulder County, but the defendant — the state government — is located in Denver, and we have members of the caregivers group throughout the state,” he points out. “So that’s part of the determination we’ll make. And some of it will depend on how quickly we can move through the courts. Some courts are slower than others due to their docket.”

As for how quickly the case might be heard, he cites numerous variables.

“If the case is presented as a purely legal question as to whether or not the medical marijuana legislation is constitutional, and the court is just comparing the language of the constitution with the language of the legislation, that could be heard pretty quickly, because it wouldn’t require any additional evidence,” Reid maintains. “But the court might want to hear evidence about, say, the injury to the patients due to the interference of access to medication by the legislation, or it might want to hear some evidence about the nature of medical marijuana as a medication in treating specific illnesses.

“For example, if the court makes the determination that it’s a life-saving medication for patients with stomach cancer or AIDS, because it controls nausea — and if it determines that denying them the medication is sentencing them to death — that may help the court reach a quicker decision.”

Whether lower courts agree with his legal takes or not, Reid feels the case, or one like it, will eventually wind up at the Colorado Supreme Court. “There’s one case pending in Broomfield and another in El Paso County that deals with the takings issue, which challenges the right of counties to ban dispensaries under the legislation,” he says. “That’s one of the main issues in our case as well, so they may take it up before ours. We’ll see.”

Look below to read the petition — all 58 pages of it — and 240 pages of supporting material.