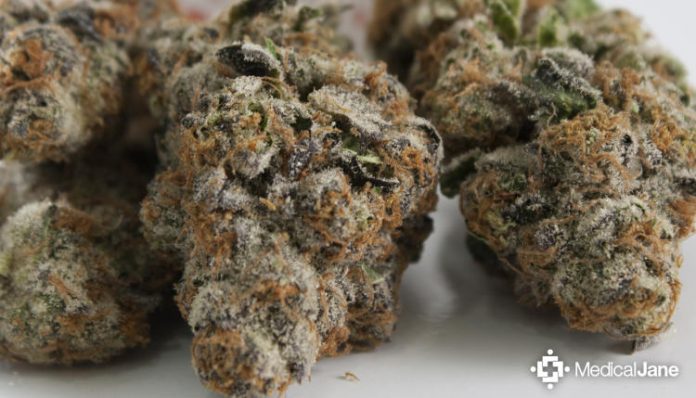 LAS VEGAS (AP) — Nevada is known for letting just about anything slide, whether it’s booze, bets or brothels. But even here there are limits.  It has been OK to smoke pot to treat illness for ten years. But don’t think about selling it. Lately, federal agents and local police have taken notice, raiding several pot shops in and around Sin City.

All of it has pot activists scratching their heads: How is a state that has long lured visitors with promises of unconstrained debauchery stricter with pot than its more wholesome neighbors of Colorado, Arizona and California?  “I really thought they would leave us alone,” said Pierre Werner, whose family’s pot shop was raided and who now faces federal charges. “No one should go to prison for a plant.”  Political leaders and historians say these activists don’t know Nevada.

Sure, they say, the state has libertarian leanings and is generally willing to prosper from activities that most states have declared repugnant.  For many, however, pot is for hippies.  And Nevada, borne in the rugged days of the Wild West, is no place for hippies.  “The attitude was real men drank, whored and gambled — these are the vices of frontier men and women,” said Guy Rocha, Nevada’s former archivist.  “When it comes to drugs, Nevada has looked at it as, ‘that’s what those wild people in California do, or New York or Oregon,'” he said.

Nevada passed its medical marijuana law in 2000, four years after California passed its first-in-the-nation program. In all, 15 states and the District of Columbia allow it.  Advocates say the strict Nevada law makes it nearly impossible to legally smoke pot. Patients cannot buy or sell marijuana and can only grow seven plants for personal use.  Nevada’s health department, which regulates medical marijuana, tells patients it cannot provide information about how to grow cannabis.

During the past year, at least 27 marijuana shops have opened in Las Vegas, according to weedmaps.com, an online dispensary and physician locator service.  The discreet outposts feature lengthy menus with whimsical names such as the Incredible Hulk, Purple Monster, Green Cheese and Pineapple Crack.  Transactions are called donations, not purchases. Customers are patients. Marijuana is medicine. Police, however, still means trouble.  The stores, many saying they are referral services for doctors willing to recommend marijuana, were largely left alone at first.   Then came reports that undercover police officers were making buys at the dispensaries.

In September, it was official. Local and federal investigators served search warrants at several marijuana shops in and around Las Vegas.  Law enforcement officials refuse to discuss the raids, saying the investigations remained open. They would not say what prompted the crackdown.  Federal law continues to classify marijuana as a controlled substance, prohibited from being prescribed by doctors.  Attorney General Eric Holder has said federal prosecutors will not pursue people who sell marijuana in compliance with a state law, but has warned that people who violate both federal and state laws will be targeted.

Nevada has long lured revelers from across the world with promises of leggy temptresses, modern gladiators and fertile slot machines.  Nearly a third of the state’s revenue comes from taxes on casino winnings.  More than a decage ago, marijuana proponents enticed by Nevada’s hedonistic reputation began targeting the Silver State.

Until 2000, Nevada had one of the nation’s strictest marijuana laws, when possession of a single joint was a felony punishable by a year or more in prison.  The earliest campaigns to loosen such punishments were easy sells.  The medical marijuana law then removed criminal penalties on the use, possession and cultivation of marijuana by patients with written documentation from their physician.  Since 2000, activists have spent $12 million trying to make Nevada the first state to legalize pot and bring Amsterdam-style pot-smoking bars into casinos on the Las Vegas Strip.  The Washington, D.C.-based Marijuana Policy Project lead five failed efforts to pass pro-marijuana laws in Nevada.  “Obviously there is legalized gambling and to a certain extent prostitution as well. It just seems like the idea of taxing and regulating marijuana could have worked,” said Steve Fox, the group’s director of state campaigns.  California, Arizona and Colorado, meanwhile, have become the darlings of the pro-pot movement, with voters and lawmakers in those states embracing dispensaries.

In Nevada, law enforcement agencies, ant-drug activists and politicians in rural northern Nevada have led the opposition against the ballot measures.  The state’s mighty casino industry, long eager to portray a balance of propriety and rebellion, has remained silent.Activists are expected to try again to legalize pot in Nevada in 2012, but politicians and marijuana lobbyists alike predict another loss.

Las Vegas Mayor Oscar Goodman, a martini-drinking advocate of sex tourism, said he is open to legalizing marijuana, but doesn’t think voters are going to anytime soon.  “The people are not ready, he said, “no matter how we are characterized.”