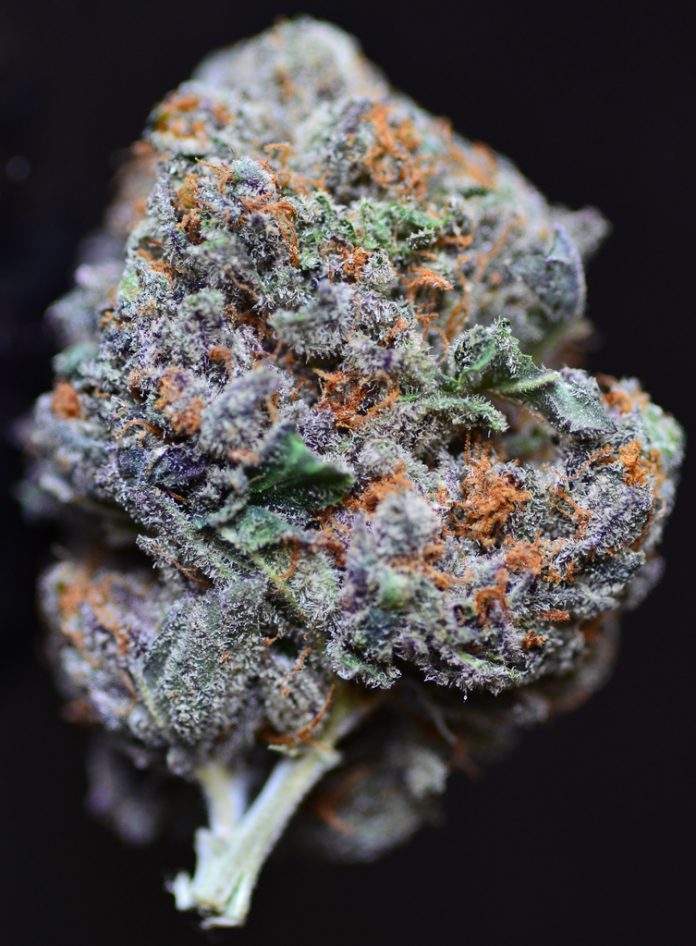 By: Rob Reuteman,
Special to CNBC.com

what he’ll find when he begins testing a new batch of cannabis.

“We’ve even found DDT, a pesticide that isn’t even supposed to be in the United States,” he says. “People growing medical marijuana buy cheap nutrients or pesticides on line, and some of it is nasty stuff.”

Full Spectrum does chemical analysis on about 1,000 samples a month these days, according to Winnicki. Since opening a little more than a year ago, the total is about 10,000. (That compares to 10,000 samples analyzed at Steep Hill Lab in Oakland, Calif., since that facility opened its doors in late 2007.

Labs like Full Spectrum and Steep Hill are springing up to serve the hundreds of thousands of card-carrying medical marijuana “patients” in Colorado and California, who can buy cannabis legally to alleviate a variety of ailments.

Voters in 15 states and the District of Columbia have agreed to allow the legal sale and use of medical marijuana, but these two western states are considered to be in the forefront of the burgeoning industry.

Winnicki offers his services to the hundreds of retail dispensaries, and to the state-certified individuals who buy from them. Individual patients can drop off samples for testing at the dispensaries. Results are available in 24 hours by typing the test number into a section of the company’s Web site (Prices currently range from $60-$75 per test, with steep discounts for volume.)

Testing is also offered to certified growers who supply the medical cannabis to dispensaries, and to manufacturers of “edibles” – the cannabis-laced caramels, ice creams, chocolate-covered cherries and candies sold at dispensaries.

“Every industry has some sort of quality control,” he says. “This industry doesn’t. These are people who have been making brownies in their kitchen. If this is going to be an industry, we’re going to treat it as an industry.”

Winnicki, 36, left medical school at the University of Colorado to start up Full Spectrum, which now employs 11 people, four of whom are full-time scientists. A battery of equipment allows the lab to offer a menu of tests, ranging from potency to bio-contamination. In an industrial section of Denver, the company is in the midst of renovating a warehouse with 6,000 square feet devoted to lab space.

Full Spectrum is licensed by the state of Colorado as a “caregiver,” the same as a dispensary. The application process was “arduous,” he says, and costs $20,000 annually.

“We’ve had some break-even months lately,” he says. “Some months I dip into savings. When the build-out on the new space is done, I think we’ll at least be back to breaking even.”

While THC is the most psychoactive component of the plant, producing the euphoria that people refer to as “getting high,” medical marijuana experts generally are far more enthusiastic about another active ingredient, cannabidiol (CBD).

“CBD produces the largest number of medical effects,” says Winnicki. “It is non-intoxicating and has been shown to be anti-inflammatory, anti-anxiety, anti-nausea and lowers blood pressure.”

Over the years, he said, growers have bred plants that are higher in THC, lower in CBD. But that trend could be reversed, he adds.

In the thousands of samples tested, Winnicki says he’s found only a dozen with a high ratio of CBD.

When Full Spectrum shares its confidential testing data with growers or dispensary owners that shows a high CBD content, “they say ‘That’s not what my clientele wants,’” says Winnicki. “We have to twist their arms not to throw the plants in the trash. I’d rather have a plant with a higher content of other cannabinoids. And there are people out there working to get these strains.”

According to the Steep Hill lab’s web site,” Patients who want the anti-spasm or anti-inflammatory effects of cannabis delivered without an accompanying ‘high’ might prefer a CBD-rich strain. CBD-rich cannabis is potentially effective, according to European and Israeli researchers, in easing the symptoms of rhumatoid arthritis, diabetes, nausea, and inflammatory bowel disorders, among other difficult-to-control conditions.”

At Oakland’s Harborside Health Center, which has its products tested at Steep Hill, labels include percentages of active ingredients and are posted in display cases. A book with spectrometry reports for each product is available at the service counter.

If a dispensary has its products tested by Full Spectrum, or by Steep Hill, and wishes to make the results available to its customers, the labs create labels that list the percentages of various active ingredients.

A customer can point a smart phone to a bar-coded label and get a fuller, one-page chemical analysis of the product.

“I work really hard to develop peoples’ trust in testing cannabis,” says Winnicki. “We provide people with a piece of paper that has numbers on it. If they choose to believe it, it certifies the cleanliness and potency of their medicine.”

One growing area of testing at Full Spectrum is “infused products,” whose manufacturers are specially licensed in Colorado. The makers of candies, soft drinks, cookies – even frozen pizzas – cater to those patients who don’t care to smoke their medicine. But the manufacture of such “edibles,” can result in uneven amounts of cannabis being ingested.

“People do occasionally get sick, and think a plant or edible was adulterated,” says Winnicki. “They bring it to us for testing. Every time it’s been the result of a whopper of a dose of an edible.”

In Colorado, infused-product makers such as Medi-Snax, Tingly Treats, Mangier Ganja and Bad Betty’s Bakery now get their wares tested for potency regularly at Full Spectrum.

“It’s very important to come up with standards for health and safety and for dosage,” Lauve said.

“As a patient, I want to be able to walk into a dispensary, pick up a product and have a rough idea of its efficacy.”