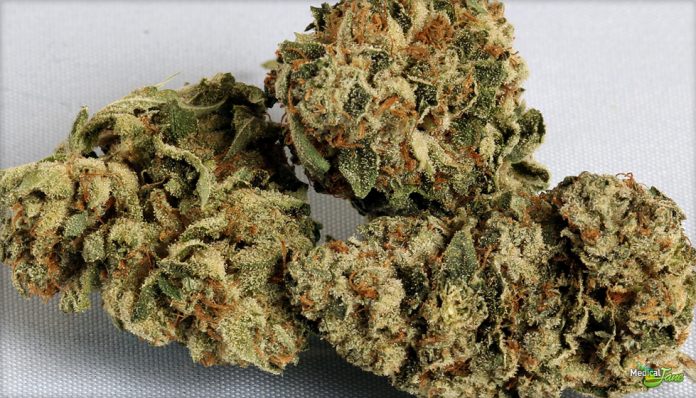 The DEA used its emergency powers Wednesday to ban K2 and other “fake pot” products that mimic the effects of marijuana.

The action by the Drug Enforcement Administration makes it illegal to possess or sell the five chemicals used to make the products for at least one year. The agency and the Department of Health and Human Services will determine whether the chemicals should be permanently added to the federal list of controlled substances considered unsafe, highly abused and without medical use.

‘SPICE’ DRUG: States, cities race to outlaw K2The herbal blends coated with synthetic chemicals are marketed under brands such as Spice, Red X Dawn and K2. They are usually sold as packets of incense or potpourri at convenience stores, herbal and spiritual shops and online. The packets can sell for as much as $35 an ounce and have become popular as a legal alternative to marijuana among teenagers and college students.

The chemicals are not approved by the Food and Drug Administration for human consumption, the DEA said in its federal notice.

In February, the director of the Missouri Poison Center in St. Louis notified poison centers nationwide about K2 after doctors reported a surge in patients sickened by it. Patients often have a rapid heart rate, dangerously high blood pressure and sometimes hallucinations or paranoia, the poison center said in its alert.

Federal law allows the DEA to take emergency action to avoid “an imminent public health crisis” while a formal research and regulatory process is underway. More than a dozen states and several cities have banned or restricted the products.

“The American public looks to the DEA to protect its children and communities from those who would exploit them for their own gain,” said DEA Acting Administrator Michele M. Leonhart. “Makers of these harmful products mislead their customers into thinking that ‘fake pot’ is a harmless alternative to illegal drugs, but that is not the case.”

The agency “has received an increasing number of reports from poison centers, hospitals and law enforcement regarding these products,” the DEA said.

The Drug Policy Alliance, which advocates legalizing marijuana, says banning K2 and other similar substances, will create an illegal market for the drug.

“When policymakers outlaw a drug, they give up all control over it,” said Bill Piper, director of national affairs for the Drug Policy Alliance. “Instead of handing Spice and other drugs over to organized crime to make and distribute, it would be better to regulate the drugs to prohibit young people from getting access.”