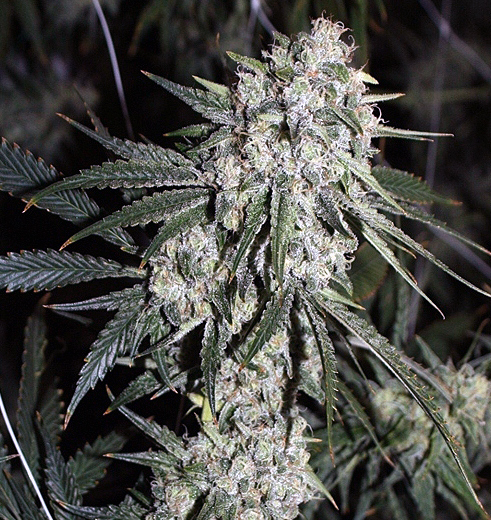 Marijuana, whose botanical name is cannabis, has been used by humans for thousands of years. It was classified as an illegal drug by many countries in the 20th century. But over the past two decades, there has been a growing movement to legalize it, primarily for medical purposes.

In November 2010, Californians will vote on a ballot measure that would legalize it outright, and tax and regulate marijuana use. California already reduced its penalty for possession,  putting those caught with small amounts of the drug on the same level as those caught speeding on the freeway.

Currently 14 states allow the use of marijuana for pain relief, nausea and loss of appetite by people with AIDS, cancer and other debilitating diseases. Those laws, however, are at odds with federal with federal law. The federal government continues to oppose any decriminalization of the drug. And while the Obama administration has signaled some leeway when it comes to medical marijuana, raids on dispensaries and growers by law enforcement agencies are still common — even in California, where the industry effectively began in 1996, with the passage of the landmark Proposition 215, which legalized medical marijuana.

Rules vary widely in the states that allow medical marijuana. Some states require sellers to prove nonprofit status — often as a collective or cooperative — and all states require that patients have a recommendation from a physician. But even those in favor of medical marijuana believe that the system is ripe for abuse or even unintentional lawbreaking.

California is considering outright legalization of the drug. Residents are expected to vote on Proposition 19, a ballot measure that would tax and regulate marijuana. Advocates say that if legalized the state could raise $1.4 billion in taxes and save precious law enforcement and prison resources. Attorney General Eric Holder has insisted that the federal government will continue to enforce its laws against marijuana in California even if they conflict with state law.

The new ballot measure would allow anyone over 21 to buy, possess, use or cultivate marijuana. It would bar personal possession of more than one ounce as well as smoking the drug in public or around minors.

Some civil rights activists favor the legalization of the drug on the grounds that marijuana arrests are wildly disproportionate in their racial impact and adversely affect minorities.

But the measure is expected to be strongly opposed by law enforcement, which says it would actually end up costing the state in increased public health and safety expenses.

As more and more states allow medical use of the drug, and California considers outright legalization, marijuana’s supporters are pushing hard to burnish the image of marijuana by franchising dispensaries and building brands; establishing consulting, lobbying and law firms; setting up trade shows and a seminar circuit; and constructing a range of other marijuana-related businesses.

In July 2010, the Department of Veterans Affairs announced that it will formally allow patients treated at its hospitals and clinics to use medical marijuana in states where it is legal, a policy clarification that veterans have sought for several years.

The department directive resolves the conflict in veterans facilities between federal law, which outlaws marijuana, and the 14 states that allow medicinal use of the drug, effectively deferring to the states.

Marijuana is the only major drug for which the federal government controls the only legal research supply and for which the government requires a special scientific review. The University of Mississippi has the nation’s only federally approved marijuana plantation. If researches wish to investigate marijuana, they must apply to the National Institute on Drug Abuse to use the Mississippi marijuana and must get approvals from a special Public Health Service panel, the Drug Enforcement Administration and the Food and Drug Administration.