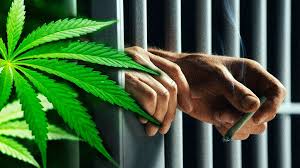 Devontre Thomas Stared Down Federal Charges for a Gram of Cannabis. Here’s Why He Fought Back.

On Aug. 4, Devontre Thomas learned that federal prosecutors threatening him with a year in prison for a gram of cannabis had backed down and dropped the charges.

Thomas celebrated quietly: He worked a nine-hour shift at the Goodwill in Sandy, then ordered in Chinese food with his girlfriend.

“I never minded it,” he tells WW. “I knew something was going to happen.”

At age 19, Thomas faced a peril that seems obsolete to many Oregonians: federal criminal charges for marijuana possession. But Thomas is Native American, and was accused of trying to buy a joint’s worth of weed at Chemawa Indian School in Salem, a boarding school operated by an arm of the federal government.

Two weeks ago, WW told Thomas’ story and asked why U.S. Attorney for Oregon Billy Williams would prosecute the case. The story went global—picked up by publications from High Times toThe Guardian in London—and sparked outcry from Oregon’s congressional delegation.

Eight days after WW‘s story, the U.S. Attorney’s Office backed down, agreeing to drop the charges against Thomas if he obeys the law and keeps a job for 60 days.
Oregon elected officials celebrated the reversal as a blow against cannabis prohibition.

“My hope is that this sets a precedent,” says U.S. Rep. Earl Blumenauer (D-Ore.), “that federal prosecutors should not be wasting time and resources on low-level marijuana crimes.”

The victory happened only because Thomas chose to go to court, rejecting prosecutors’ offered deal that he plead guilty and get six months of probation.

In an exclusive interview with WW, Thomas says he wanted to force the government to prove he’d bought a baggie of cannabis that he never touched.

“It’s really hard to prove somebody for possession of marijuana when I wasn’t even possessing it,” Thomas says. “It was like, whatever, make ’em prove it.”

Thomas understood the risks: If he went to trial and lost, he not only faced a year in prison and a $1,000 fine, but the denial of federal student loans, public housing and government aid for the rest of his life.

But Thomas also saw benefits to a trial: He hoped the publicity would pressure the U.S. Drug Enforcement Administration to remove cannabis from the list of Schedule I narcotics—the same category as heroin, Ecstasy and LSD.

“Schedule I, there’s no medicinal properties,” Thomas says. “If it’s a Schedule II, it has a medicinal purpose. That’s why I was kind of pushing for it. I wanted to be the person to change it to Schedule II.”

By pressuring the prosecutors, Thomas received a much better offer than the plea deal he was presented in May. He will have to stay out of trouble for two months, but admits no wrongdoing, doesn’t have to submit to court supervision or urine tests, and has no conviction on his record.

The prosecution of Thomas seemed particularly galling because Oregon voters legalized recreational marijuana in 2014. Observers say the prosecution reflects poorly on Williams, whose job as U.S. attorney for Oregon is a presidential appointment.

“Several people made serious errors of judgment,” says Portland criminal defense lawyer Bear Wilner-Nugent. “It ultimately embarrassed the U.S. attorney. It called into question his standing with our senators, and here we are. Nine times out of 10, the U.S. senators make the recommendation of who should be appointed. If it’s January of 2016 and Hillary Clinton’s staff is asking who the U.S. attorney for Oregon should be, [senators are] going to think twice about recommending Billy Williams.”

Williams’ office acknowledged it is dropping the case, but declined to further comment.

Thomas’ case likely received federal scrutiny because he was enrolled at Chemawa, a school run by the U.S. Bureau of Indian Education.

Thomas is a member of the Warm Springs tribe, and grew up on the tribe’s reservation in Central Oregon. He enrolled at Chemawa hoping to escape what he describes as a cycle of poverty and drug abuse on the reservation.

“When we were kids, we were smoking bud,” he says. “But it was like, dang, look at your uncle, he’s smoking bud and he’s 30. It’s a really repetitive cycle. Honestly, [Chemawa] helped me or I would be repeating that cycle. I had a lot to overcome to get to where I am now.”

Thomas says he holds no grudge against the school administrators and prosecutors who pursued him. “It’s just their job, I guess,” he says. “It’s all good.”

Thomas is still happy he went to Chemawa. A teacher at the boarding school taught him gardening, and helped him land an unpaid internship at Ant Farm, a nonprofit farm and cafe in the Clackamas County town of Sandy, where he tends blueberries and huckleberries.

With the specter of federal prison gone, he hopes to attend college and study environmental science. He then wants to return to the Warm Springs reservation—and change it.

“What I’m looking at doing is to pass on knowledge—the berry plants, the way the salmon run,” Thomas says. “We lost our way. Nothing ever changes there, it only gets crazier. Do you want to be a part of that craziness or do you want to be a different kind of crazy that changes the craziness?”