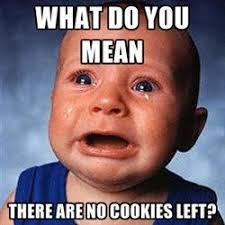 DENVER (CBS4) – Time running is out for the new marijuana rules. Colorado senators scrambled Friday to advance a sweeping series of regulations and taxes on the newly legal drug.

Senators were haggling over pot testing standards and a proposal to ban the infusion of marijuana’s psychoactive ingredient, THC, into premade foods such as Twinkies and Pop Tarts.

Consider the simple cookie. It can be made with marijuana, but there’s a limit to how much is too much. And when it comes to minors, another state lawmaker has a new idea for the marketing of marijuana minors might see.

“We’ve seen increases to the emergency room in the last year or so on edibles from children,” said Rep. Dan Pabon, D-Denver. “We want to make sure that we’re protecting them.”

Pabon has been helping to making marijuana laws for months. Placing a limit of 10 milligrams per serving of THC in something edible has not been controversial and comes with some teeth. Some businesses could be shut down if they sell a cookie that is overloaded with too much THC

“That could be a possible enforcement mechanism, there could be license suspension,” Pabon said.

What is controversial is a late legislative idea requiring the removal of marijuana magazines from store shelves and selling them only from behind the counter, such as pornography.

“The idea is that we need to keep marijuana out of the hands of children; that we don’t want to encourage the use, we want to discourage the use by children,” said Rep. Bob Gardner, R-Colorado Springs.

Gardner is well aware limitations on the placement of a marijuana magazine might violate free speech. But he argues since government can control cigarette sales to minors, why not do the same with marijuana?

“Let me emphasize these publications are not banned, they’re not prohibited, they’re marketing is being controlled,” Gardner said.