Won’t confirm or deny his own personal use. Sounds like a candidate to me. -UA 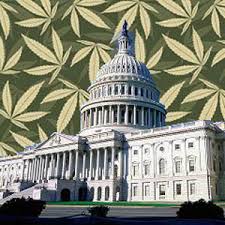 Sen. Rand Paul said Sunday that President Barack Obama and former President George W. Bush could have “conceivably been put in jail” for their drug use, ruining their lives and impacting their getting elected to office.

“Look, the last two presidents could have conceivably been put in jail for their drug use and I really think – look what would’ve happened, it would’ve ruined their lives. They got lucky. But a lot of poor kids, particularly in the inner city, don’t get lucky and they don’t have good attorneys and they go to jail for some of these things and I think it’s a big mistake,” the Kentucky Republican said on Fox’s “Fox News Sunday.”

“Actually, I think it would be the last three presidents, but who’s counting?” host Chris Wallace said with a laugh, referring to former President Bill Clinton.

“But he didn’t inhale,” Wallace quipped.

Paul said that he doesn’t support people using marijuana but said he also doesn’t necessarily support putting them in jail for extended periods of time.

“There are people in jail for 37, 50, 45 years for nonviolent crimes and that’s a huge mistake,” Paul said. “Our prisons are full of non-violent criminals. I don’t want to encourage people to do it. I think even marijuana is a bad thing to do. I think it takes away your incentive to work and show up and do the things that you should be doing. I don’t think that it’s a good idea.”

“I don’t want to promote that but I also don’t want to put people in jail who make a mistake,” he added. “There are a lot of young people who do this and then later on in their twenties they grow up and get married and they quit doing things like this. I don’t want to put them in jail and ruin their lives.”