In Maryland, marijuana possession gets a more fitting penalty 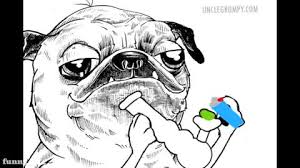 THE MARYLAND Senate’s vote to decriminalize possession of small amounts of marijuana would not, as some critics warn, make it okay to use the drug. Such use would still be illegal, but it would be a civil offense, punishable by fines rather than imprisonment. Not only would this save law enforcement valuable resources but also prevent the lives of many young people from being ruined. We hope the House of Delegates follows the Senate’s lead and that Gov. Martin O’Malley (D) signs this sensible measure into law.

The billpassed the Senate on a 30 to 16 vote Tuesday. People now caught with up to 10 grams of marijuana, about one-third of an ounce, may face up to 90 days in jail and a fine up to $500; the Senate proposal would eliminate any jail time and provide for a fine up to $100. The reduction from a criminal misdemeanor is aimed at recreational users of marijuana, not those who traffic in illegal drug sales. The lopsided, bipartisan vote in favor of the change is a reflection of the changing attitudes about marijuana and the unintended costs of strict anti-pot laws. More than a dozen states have decriminalized small amounts of marijuana possession, and some have gone so far as to legalize the drug for various uses. Bills that would have Maryland join states such as Colorado and Washington in legalizing the drug for various uses are also pending in Annapolis, but they are unlikely to advance because of justifiable concerns about being at odds with federal law.

Decriminalization poses no such conflict and would, as its sponsor, Sen. Robert A. Zirkin (D-Baltimore County), pointed out, eliminate “a tremendous waste of resources.” There were more than 24,000 arrests last year in Maryland for marijuana possession, according to Dan Riffle of the Marijuana Policy Project, who argued that the time spent processing those arrests could be better spent on other, more serious crimes. Equally significant is the fact that most of those arrested are young people, predominantly African Americans, who end up with the taint of a criminal charge that makes it harder for them to get a job, stay in school or resist getting involved in more serious crimes.

Opponents of decriminalization worry about the “message” that would be sent. Concerns about the risks associated with marijuana abuse cannot be discounted and — just as with liquor and cigarettes — young people should be discouraged from its use. But wasted resources and ruined lives are too high a price to pay for sending a message that can still be delivered with more appropriate and reasonable penalties.