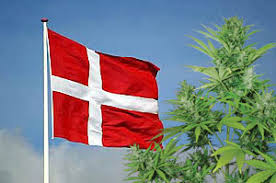 Danes turn to growing their own cannabis

More Danish cannabis users are beginning to grow their own plants at home, a new report has shown. The news comes via a recent survey conducted by Helle Dahl from the Centre for Alcohol and Drug Research at Århus University. Dahl said in her report that at least 1,200 households in Denmark are now growing cannabis for private consumption, but she added that many are using the plants for medical reasons rather than just recreation.

She said, “There are a number of people who self-medicate against ADHD, as is the case with cancer and AIDS patients who also benefit from [cannabis],” The Copenhagen Post reports.

The report also said that the majority of home growers are only producing small amounts of cannabis – less than 50 plans – which contrasts substantially from the larger production facilities that have been the target of law enforcement in recent months.

Under Danish regulations, growing cannabis is unlawful, although the sale of cannabis seeds remains legal.

Vibeke Asmussen Frank, who co-authored the report, said in an interview with the Berlingske news agency, “Most of the people grow cannabis for their own use. But people generally grow more plants than they need because you don’t know how much you get from your production beforehand.”

“There are too many Danes who smoke cannabis for them to be part of a marginalised group, and we are not surprised over how widespread growing cannabis actually is,” he added.