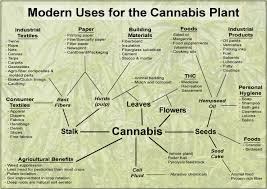 LOUISVILLE, Ky. (AP) — An industrial hemp bill rode a quick spurt through the Kentucky Senate, but the pace will slow in a more skeptical House, where its top leader has doubts about the crop’s marketability and a key committee chairman has questions he wants answered.

The bill cleared the Republican-led Senate on a 31-6 vote last week, days after coming out of committee. Its next stop is expected in the House Agriculture and Small Business Committee. The panel’s chairman, Rep. Tom McKee, said the bill will likely get a hearing next week.

McKee, who represents a farming district in north-central Kentucky, said he hasn’t made up his mind about the bill, which would license hemp growers and strictly regulate the crop if the federal government lifts its ban on the plant.

“I’m like our members, there are a lot of questions I want answered,” the Cynthiana Democrat said last week.

Hemp, once a Kentucky staple, vanished from U.S. farms decades ago when the federal government classified it as a controlled substance related to marijuana. Hemp has a negligible content of THC, the psychoactive compound that gives marijuana users a high.

McKee said he wants to hear law enforcement concerns about a hemp comeback and delve into the crop’s potential.

“We need to back away from it and take a deep breath and try to get the facts,” he said.

Kentucky Agriculture Commissioner James Comer promotes hemp as another option for farmers and as a job creator by luring processors and manufacturers to turn the crop into products. Hemp can be used to make paper, clothing, auto parts, biofuels, food, lotions and many other goods. Advocates say U.S. retail sales of hemp products exceed $400 million per year.

Dozens of countries produce the crop, and most imported hemp comes from Canada and Europe.

One powerful lawmaker who remains skeptical about hemp’s potential is House Speaker Greg Stumbo, D-Prestonsburg. He says that Comer “has yet to produce one piece of evidence” that Kentucky agriculture could benefit from a hemp revival.

“You know, you don’t want to promise farmers that this is a cash crop that they can count on,” Stumbo said. “Soybeans and corn are at pretty much record price levels, so you wouldn’t want to turn them away from profitable crops and ask them to grow something there’s no market for. And quite frankly the evidence that we’ve seen indicates that there’s not much of a market for industrial hemp.”

Hemp advocates say the crop could be grown in small, sloping plots not suitable for corn and soybeans.

Comer’s office says auto parts makers are interested in using industrial hemp, which would tap into a key Kentucky industry. The Bluegrass state is home to Ford, Toyota and General Motors production plants.

His office says Comer has heard from other business prospects interested in capitalizing on a hemp comeback.

Comer, a Republican, said Stumbo seems unwilling to listen to the reasons to promote hemp.

“Instead of desperately searching for excuses why we cannot be first for jobs, I wish Speaker Stumbo would join the overwhelming bipartisan majority working to ensure we can,” said Comer, a former House member. “He can kill the bill. But he cannot kill this movement.”

Last week, U.S. Sens. Mitch McConnell and Rand Paul, both R-Ky., introduced federal legislation to allow the nation’s farmers to grow industrial hemp. The measure would remove the crop from the list of controlled substances under federal law.

Efforts to re-establish hemp raised concern among some in law enforcement. They worry officers will be unable to differentiate between hemp and marijuana without lab tests. Another worry is that marijuana growers would sneak into hemp fields to plant small plots of pot.

Stumbo, who comes from the state’s mountain region, where most of Kentucky’s marijuana is grown, said law enforcement needs to be assured that hemp would not impede marijuana eradication efforts. Without that, Stumbo said, he cannot support hemp.

Hemp supporters say pot growers would avoid hemp fields because the hemp would greatly diminish the potency of the marijuana.

McKee said he wants to hear from law enforcement officials while making up his mind. He said some House committee members are reluctant “to vote for something that’s against federal law.”

Still, he said if the committee’s questions get answered, the bill’s chances “might be pretty good.”

“Our policy certainly is not to close the door on any viable agricultural possibility,” he said.