BOSTON (AP) — A $10 marijuana cookie is at the center of a case set to go before the highest court in Massachusetts. 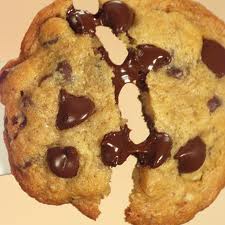 The court is being asked to decide whether a judge abused his discretion by reinstating a high school student who was expelled after another student identified him as the supplier of the cookie.

School administrators argue that the judge improperly stepped into a school disciplinary matter that should have been left to them.

But the boy’s lawyers say school administrators punished him because, on the advice of his father and a lawyer, he refused to talk to them about what happened. They are asking the court to determine whether school administrators should be allowed to draw a negative inference from a student’s silence during a disciplinary hearing.

The Supreme Judicial Court is scheduled to hear arguments in the case Monday.

The case began in March 2010 when a student at Weston High School went to the school nurse’s office after he appeared “very high,” according to school administrators. Another student who gave him the cookie said he bought it for $10 from a third student, referred to in court papers as “Robert Doe,” a 17-year-old junior.

A Weston police officer, the school resource officer, went to Doe’s house that afternoon and asked his father to speak to him. The boy’s father declined.

During a meeting in the principal’s office the next day, the boy refused to answer any questions about the cookie or his alleged involvement.

The boy was advised not to talk because the same police officer was present for that meeting and later meetings, said one of his lawyers, Richard Hayes.

“This was a potential criminal setting,” Hayes said. “They are saying, ‘Oh, that’s nonsense, this is a school matter.’ Then why is a cop there taking notes in every meeting?”

“What they are trying to say is, ‘Well, he wouldn’t talk to us, therefore he must be guilty.’ You can’t do that in this country or in this state,” Hayes said.

Hayes said the boy was a good student, was taking an advanced placement history class and had no prior disciplinary record. He was initially suspended for 10 days and later permanently expelled.

School administrators say they felt they had no choice but to expel him after he repeatedly refused to tell them his version of events, while they had testimony from a student who said Doe had provided the cookie, said Weston School Superintendent Cheryl Maloney.

“He said nothing,” Maloney said.

“I think it’s very dangerous if we establish a precedent where parents simply have their kids say nothing as a way of preventing them from accepting their responsibilities for behaviors,” she said.

The boy’s father sued the superintendent, and in September 2010 won a temporary injunction from a judge who reinstated the boy in school while the lawsuit is pending.

Because he missed the latter part of the school year, he had to repeat his junior year. He is now a senior. The other two boys were suspended but not expelled.

Attorney Leonard Kesten, who represents Maloney in the father’s lawsuit, argues that the judge who reinstated the boy overstepped his authority when he failed to grant “substantial deference” to the superintendent’s decision to expel the boy, as required under case law in Massachusetts.

“Instead, the court improperly substituted its judgment that the plaintiff warranted another chance,” Kesten said.

Kesten said school officials never agreed to conditions the judge put in place for the boy’s return to school, which calls for the suspension and expulsion to be expunged from his school record after six months.

Like many states, Massachusetts has strengthened its laws over the past two decades to give more power to schools to suspend and expel students for a variety of reasons, most notably for possessing dangerous weapons or drugs on school property.

“The exception for that is when we are talking about things that pose a serious danger to children, like drugs or alcohol,” he said.

“Even though some people might say a marijuana cookie is overblown in certain contexts, I don’t think that’s the way schools really look at it.”

Courts have generally been reluctant to become involved in school disciplinary cases, except when there is an allegation that the student’s constitutional rights were violated, Negron said.

The lawsuit filed by Doe’s father claims the boy’s right to due process and equal protection under the state constitution were violated because he was expelled without adequate evidence and not given an opportunity to cross-examine his accusers. The boy’s lawyer said the two students who reported the marijuana cookie were not identified to Doe and school officials had no other evidence against him, including the cookie, which had been eaten.

Maloney, however, said the police officer was not present for two hearings on the expulsion.

“I told them the police were not involved, they were not pressing charges, it was not a police investigation,” she said.

The case is being closely watched by child advocate groups who argue that the student will suffer irreparable harm if the expulsion is allowed to stand.

“Doe has also lost the experience of graduating with his peers and will likely be passed over by more selective colleges to which he previously planned to apply,” the Center for Law and Education Inc. argued in a friend-of-the-court brief filed with the SJC.

Maloney said that if the SJC rules in the school system’s favor, she probably would not seek the student’s expulsion again.

“If he would come in and tell us the truth, that would be the best thing,” she said.

“We never want to harm kids, so I don’t imagine that we would then immediately expel him, but I am very, very concerned overall about the precedent that this sets.”