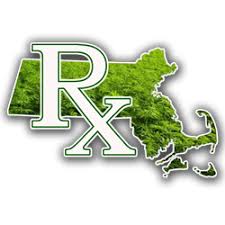 It’s hard to make stoner jokes about this week’s hearing for House Bill 625 (and corresponding Senate Bill 1161), which would “regulate the medical use of marijuana by patients approved by physicians and certified by the department of public health.” Sure some token pot smokers were on hand at the Massachusetts Statehouse, sporting homemade jewelry and Rasta head wraps for their testimonies before the Joint Committee on Public Health. But the pachouli stench was overpowered by compelling words from folks who need weed just to stand up and hold down food.

Select Massachusetts legislators have been trying to sanction medical grass for decades, according to veteran Amherst senator Stanley Rosenberg, a lead sponsor of the Senate bill. Still for a number of reasons, the commonwealth has yet to deliver for its most vulnerable citizens. Despite marijuana decriminalization, and reduced risk for those carrying less than one ounce, anyone caught growing cannabis faces severe penalties. To medical marijuana advocates, that’s unacceptable.

Bolstering the state’s most sophisticated push for prescription weed yet – 27 legislators co-sponsored the House bill – more than 80 citizens filled hearing room A-1 for several hours of testimony yesterday. Setting the tone, Brookline representative (and lead House sponsor) Frank Smizik described the measure – formally known as the Massachusetts Medical Marijuana Act – as a matter of “compassion,” explaining the obvious but oft-ignored fact that trees are less harmful than most legal drugs.

Anyone interested in the detailed mechanics of the bills should read them in full. But for the sake of clarity here are some basic elements:

-First and foremost, this is an “act to protect patients with debilitating medical conditions, as well as their practitioners and designated caregivers, from arrest and prosecution.” In other words: THIS IS NOT FULL-OUT LEGALIZE AND TAX LEGISLATION!!!

-This bill would set up a marijuana prescription and dispensary system similar to those currently in 13 other states, including neighboring Maine and Rhode Island. If passed, however, there won’t be a might-as-well-be-legal free-for-all like in California, but rather a maximum of 19 licensed (and heavily regulated) medical treatment centers statewide.

-These medical treatment centers will be not-for-profit entities that are permitted to “acquire, possess, cultivate, manufacture, deliver, transfer, transport, supply, sell, and/or dispense marijuana” to qualifying patients and other approved cardholders like primary caregivers and treatment workers.

-In order to obtain a marijuana card from the Department of Public Health, patients must get written certification from a licensed practitioner (just like any other prescription drug). Qualifying ailments include cancer, glaucoma, and post traumatic stress disorder.

-Qualified patients (and their caregivers) can either use not-for-profit resources, or grow marijuana on their own (cardholders can legally possess up to 24 plants, and between four and eight ounces of smokable weed).

Presentations to the joint committee ranged from fact-filled to frightening, with one bill proponent pleading – while holding up two soda can-sized pill bottles – “What are you saying? That I either have to take these or break the law? Why should I be a junkie just so I don’t have to be in pain?” Another gentleman, testifying from his wheelchair, spoke through a computer on account of his suffering from Lou Gehrig’s Disease. “I can’t function without it,” he said, explaining how weed relaxes his his nerve and muscle spasms. “But I don’t want to go to jail for it.”

Some legislators seemed to get it. Medford representative Carl Sciortino, who sits on the committee and co-sponsored H625, even pressed a bill opponent to justify claims that marijuana is a gateway drug. Joint committee co-chair and Jamaica Plain representative Jeffrey Sanchez also showed a sincere understanding, asking questions that demonstrated an apparent commitment to advancing meaningful reform.

Other lawmakers, however, gave insight into why Mass has yet to make this happen. Lincoln senator Susan Fargo suggested the potential benefits of THC alternatives. Worcester senator Harriette Chandler touted the testimony of former Worcester commissioner of public health Leonard Morse – even though she admittedly missed most of it! One of the few outspoken opponents of H625 in the room, Morse rejects this particular measure on grounds that doctors don’t know enough about weed.

Others in the packed conference room took issue with the House and Senate bills for other reasons. Attorney Steven Epstein, who founded the Massachusetts chapter of the National Organization for the Reform of Marijuana Laws (MassCann/NORML) 20 years ago, believes H625 is unconstitutional on grounds that “people have the right to self-medicate.” He’s also skeptical of the bill’s livelihood, since powerful law enforcement officials are lobbying hard against marijuana prohibition. (It should be noted that legislators heard powerful testimony from members of Law Enforcement Against Prohibition (LEAP), who hopefully convinced some that the war on drugs is a sham).

But for most people in the crowded room, it’s too risky to hold out for legalized weed. “This is an issue of life and death for a lot of people,” said Erik Wunderlich, a board member of the Massachusetts Patient Advocacy Alliance, in an interview outside of the conference room. A chronic pain sufferer whose wife also has severe ailments, Wunderlich says there are countless people who count on marijuana just to make their final days tolerable. “This is not about getting high. This is about social justice.”